The week of October 14th the Sanctuary was preparing for a visitor! Amy Franceschini, a founding member of future farmers, came to Troy to give a talk on the work of the Futurefarmers collective and lead a two-day ancient grains workshop, Futurefarmers Artist Demonstration Garden, to sow heritage grains, discuss the need for seed exchanges, and create Agrarian-Activist Scarecrows.

Amy Franceschini’s talk at RPI focused on the Futurefarmers work related to the workshops occurring at the Sanctuary that weekend, highlighting the Flatbread Society, This is Not a Trojan Horse, and Soil Kitchen. Each project focused agriculture and inspiring people to get involved in planting. The Flatbread Society is based in Oslo, Norway, and is the predecessor to the Bakehouse Bjørvika. Because the project wasn’t set to officially start till 2016, the Futurefarmers aren’t yet able to build a permanent bake house, which will be known as the Bakehouse Bjørvika. Nevertheless, they have still made significant progress and have been able to get a stunning portion of the local population involved. The Furturefarmers have set up a temporary bake house, which has already held many workshops with the Flatbread Society, as well as other events, a community garden, and a grain field that grows heritage grains- “ancient” grains that have been replaced by GMOs. Heritage grains are considered to be healthier, tastier, and hardier than modern crops. The hardiness doesn’t just prevent people without green thumbs from killing the plants, it also makes the plants more likely to thrive through climate change. 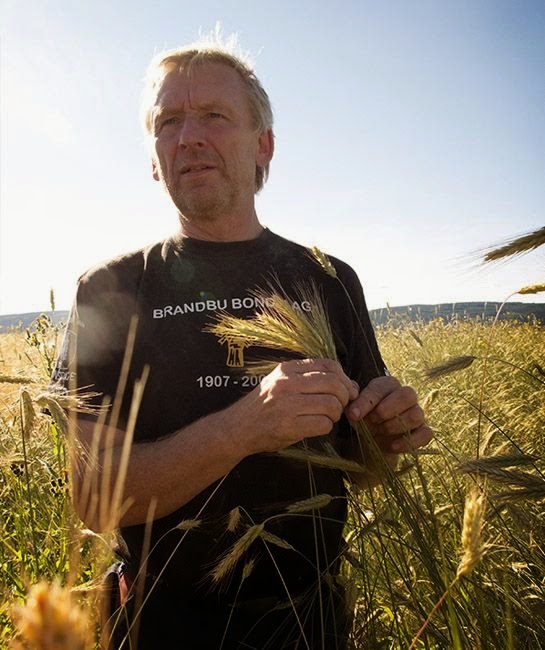 This is Not a Trojan Horse was a project centered around a human-powered wooden horse. The Futurefarmers had been asked to come and inspire locals to keep farming, as well as began essential discourse on the future of these areas. Traveling throughout rural Italy the horse stopped by villages and some farms, where locals would gather and discuss their perspectives on the changing rural landscape. Throughout rural Italy the farming population is aging as each generation leaves rather than stay to farm. The rising price of farming is also making it more and more difficult for small farmers to make any profit. The Futurefarmers made short documentaries about their work and the people they meet. 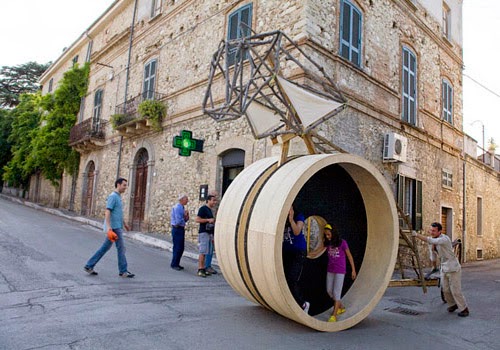 Above is a picture of the Trojan horse- a centerpiece of This is Not a Trojan Horse.

The Soil Kitchen was a public art project affiliated with the city of Philadelphia’s 2015 Green initiative, and coincided with the Environmental Protection Agency’s National Brownfield conference. Local residents would bring their soil samples to be tested and eat some soup while waiting for the results. 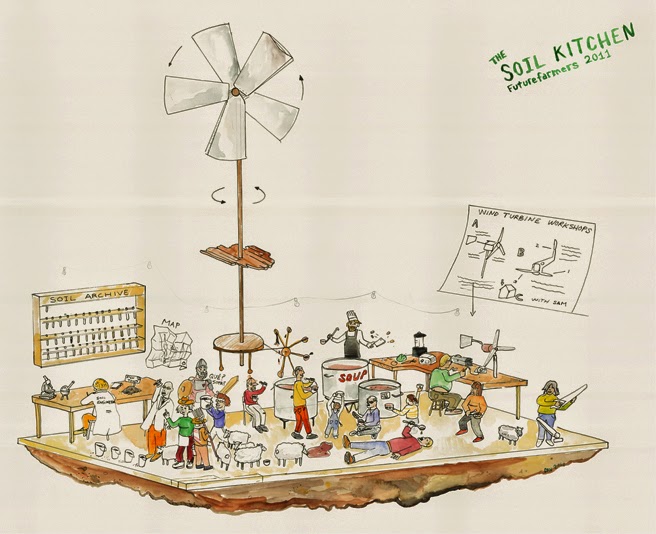 This is a particularly cool concept piece from the development of the Soil Kitchen project; I encourage you to click the link below to see how the actual project turned out. Also, there is more awesome concept art! 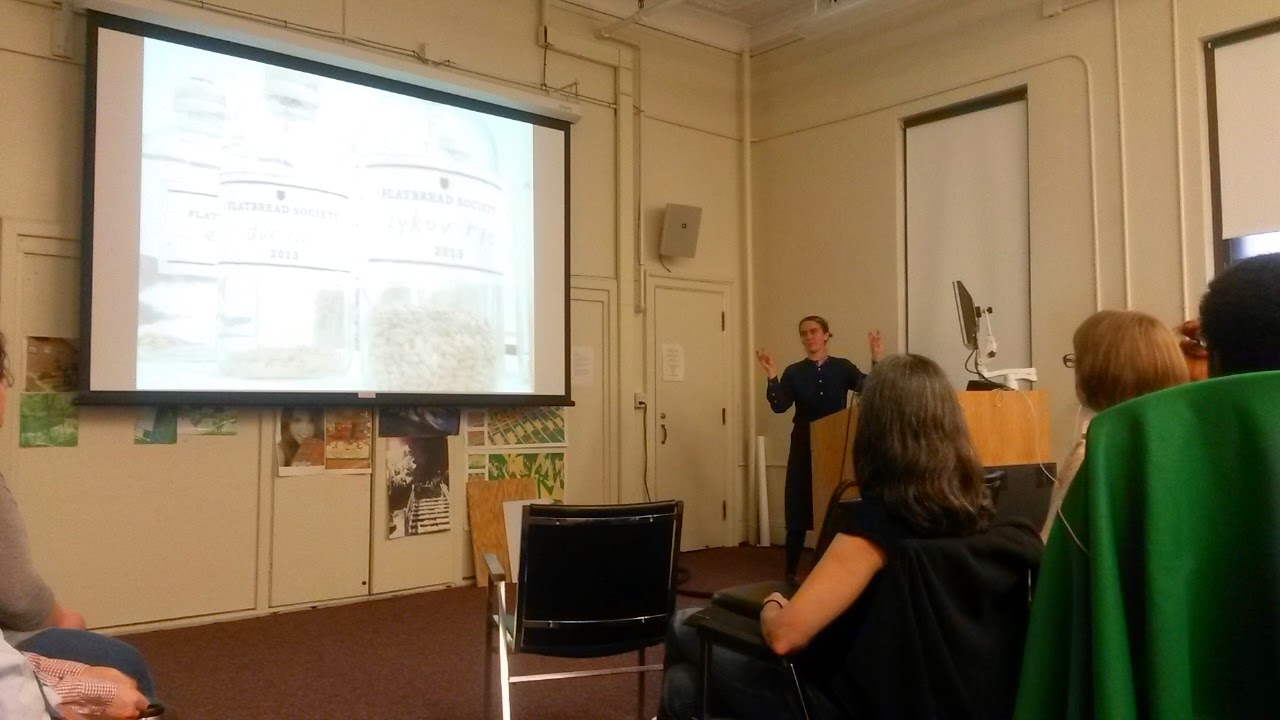 Above picture of Amy Franceschini at her talk at RPI on Thursday, October 16th. Here she is showing us pictures of some of the ancient grains the Futurefarmers plant and grow as part of the Flatbread Society.

To learn more about the Futurefarmer projects mentioned above, click the names below:

This is Not a Trojan Horse

To learn more about heritage grains in the United States, click the articles below:

Heritage Grains in the United States