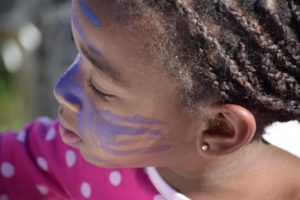 Just as farmers reap the harvest, providing sustenance for all, it is time to celebrate all our harvests–the results of seeds sown through art, education, agriculture, tolerance, and everything we do to build strong, healthy, tolerant communities.

Expect fun, Caribbean-inspired tunes from Rootbrew on the Freedom Square stage. With culturally entrenched music, the group allows their lyrics to serve as a platform for issues plaguing the United States and beyond, creating anthems of resistance. 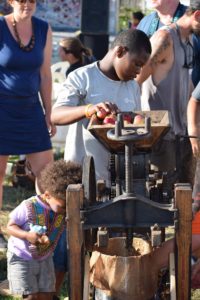 During the music there will be a free community meal, created with veggies from our own Collard City Growers’ garden, Dennison Farms and other local farmers as well as treats prepared by members of the community.

Thanks to Unity House, we’ll have free hamburgers and hot dogs, fresh off the barbeque!  Cuisine prepared by Kitchen Sanctuary chefs will make magic with food from Collard City Gardens to add to the feast!

This event is made possible in part by funding from the Barry Alan Gold Memorial Fund of The Community Foundation for the Greater Capital Region, New York State Council on the Arts with the support of Governor Andrew M. Cuomo and the New York State Legislature, hundreds of small contributions, and volunteer labor.

Sprouted from the New York’s fertile Hudson Valley, Rootbrew is digging into their own cultural history, reaching across the ocean, pulling it all together, and putting out an exciting, authentic sound centered around love, positivity, and passion. 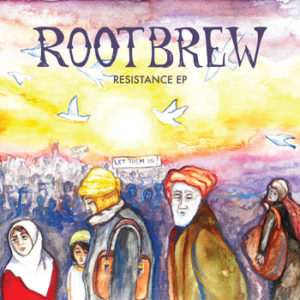 This is to say, that in Rootbrew’s songs one can noticeably feel the influence of popular Caribbean, South and West African styles while appreciating the clear connection to American roots music.
The lyrical messages delivered with finesse, power and poise by vocalist Meg Riebesell range from simple love songs to politically charged songs about women’s movements, immigrant rights, and resistance, as well as laments on war, suffering, and spirituality.
The band has a debut album and recently recorded Resistance EP available, and has performed with bands such as Lakou Mizik (Haiti), Mamadou Kelly (Mali), and Mokoomba (Zimbabwe). Together, the group creates and cultivates a sound that will make the audience want to sing along, dance along, shout, jump, listen, discuss, and dream.
To see what Story Harvest will be like, watch our video of Freedom Festival from the spring!