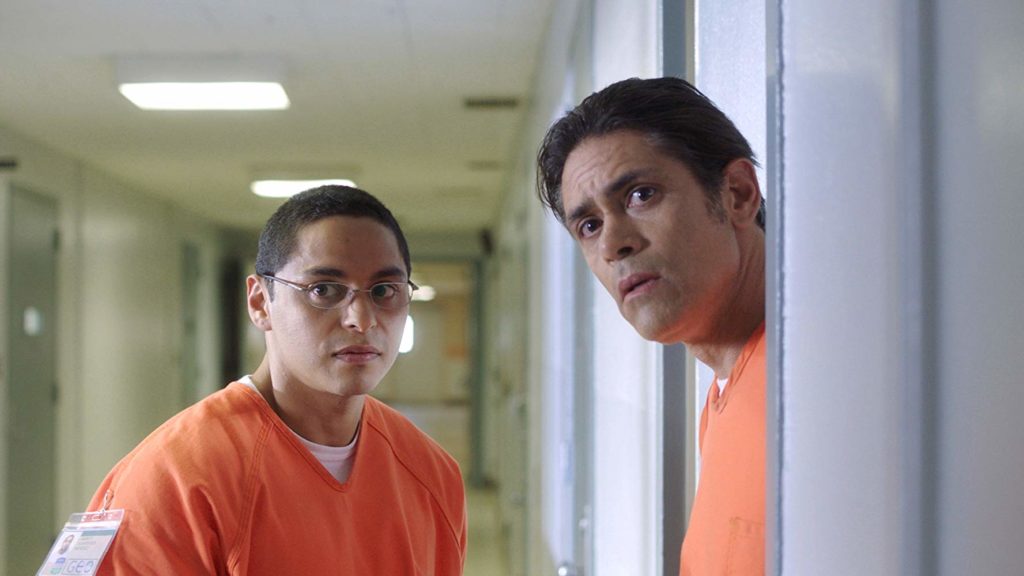 4:30pm “Be the Media! workshop with Alex Rivera: join us for an intensive focus on  filmmaking techniques.

MORE ABOUT “THE INFILTRATORS”

Nearly a decade ago, filmmaker Alex Rivera first encountered the DREAMER activist group the National Immigrant Youth Alliance. Captivated by their grit and determination, he began filming The Infiltrators. The NIYA, Obama-era youth led movement, focused on stopping deportations. As their vision and creativity grew, their civil disobedience actions also escalated and became more daring. Rivera’s vision also grew from imagining a short documentary to seeing the potential for a longer film when the activists decided to get detained to stop deportation from within.

With the initial intent of helping Argentinian Claudio Rojas, the undocumented youth infiltrated the Broward Detention Center in Florida by sending Marco Saavedra inside to gather intelligence, spread information to other detainees and to coordinate a plan to free them. Later Viridiana Martinez joined him infiltrating the female side of the detention center.

“The Infiltrators” documents the work of the activist DREAMERS as they navigate inside the detention center, outsmarting the agents and organizing to free detainees. “The Infiltrators shows we are not powerless. We can fight back and be effective,” said Martinez. We’re taking our agency back, she continues. “We need allies and we need people to have our back and to be standing beside us but to not speak for us.”

Unable to shoot inside the actual detention center, directors Rivera and Cristina Ibarra, opted for mixing genres and experimenting with adding scripted material. “The story needed an innovative approach because it’s about people who go into a place where you can’t film,” said Rivera.

Using memory workshops with Saavedra, Martinez and Rojas, as well as the Freedom of Information Act, Rivera and Ibarra worked meticulously to recreate the sounds, colors and textures of the detention center. They also worked hard to hire actors who physically resembled their counterparts and could embody their essence.

The film is a testimony to the steadfast commitment of the DREAMERS, the detainees they served and to the power of the Latinx community’s vision and heroism. “We’re here to push back and to tell a story in which immigrants are hacking the system and are smarter than their opponents,” explains Rivera. “Immigrants not as victims, but as leaders, as visionaries.” 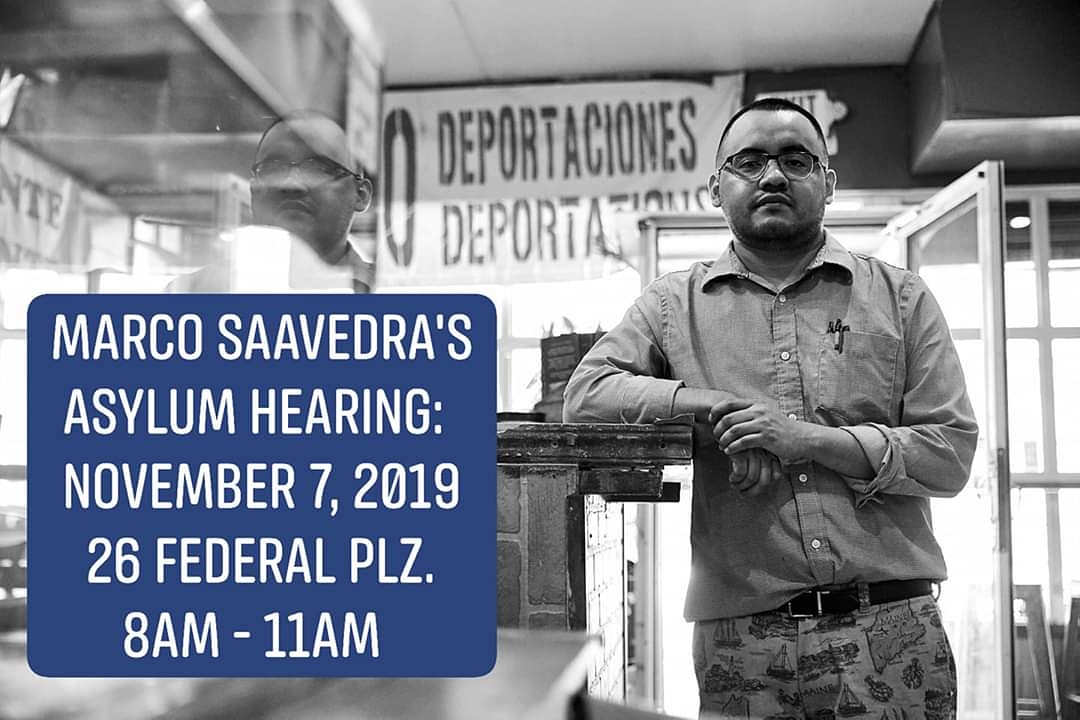 MORE ABOUT THE CO-SPONSORS

Capital District Border Watch
The scope of this committee will be to monitor the situation at the border and respond with direct action to human rights, humanitarian crises, and militarization at the border. We also see ourselves creating educational events and sharing information from Amnesty International, ACLU, local organizations working at the border, and other partners involved in immigration and human rights. We might also partner with a local organization at the border to facilitate local material aid and volunteer partnerships. We consider ourselves a subcommittee of ICE-free Capital District and we seek to support and coordinate with other local immigration, refugee organizations. 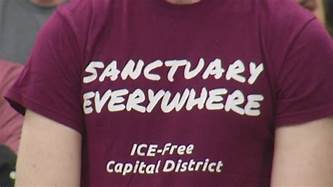 ICE-FREE Capital District is a newly-formed organization committed to protecting families and defending immigrants in the Capital District of New York State.We are composed of residents of all backgrounds who want to see the presence of Immigrations and Customs Enforcement removed from our towns and cities. We advocate for the complete end to collaboration with ICE from police and municipal agencies. All residents, regardless of status, should feel free and comfortable utilizing public services, and should not fear raids or threats of detention and deportation in their homes, their workplaces, or their communities. 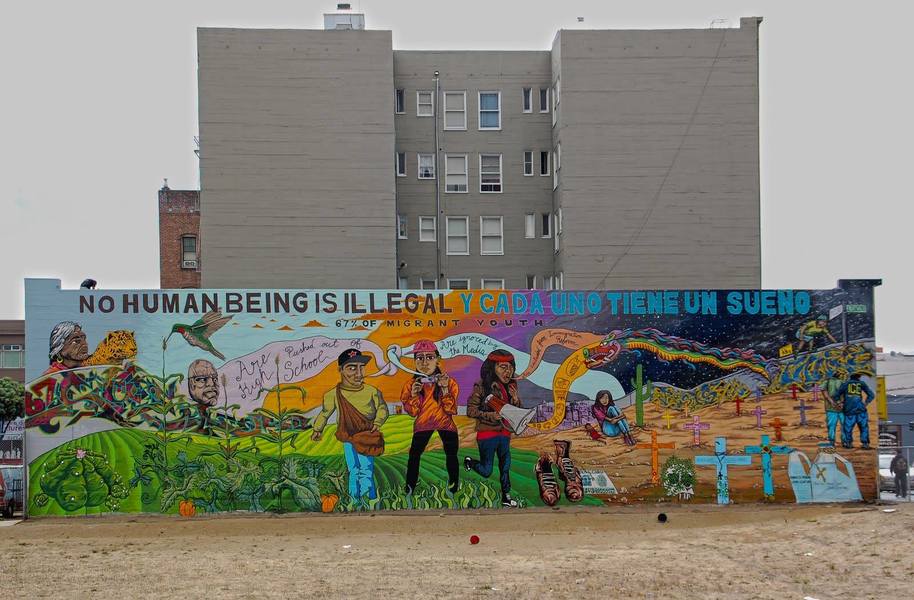 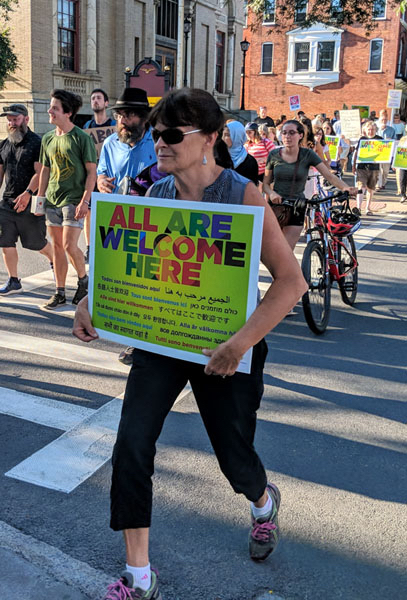 The Saratoga Immigration Coalition, a network of civic groups, faith communities and concerned individuals, seeks to foster, through support, education and advocacy, a community that is welcoming to all immigrants without regard to legal status.

We are facing an unprecedented global emergency. Life on Earth is in crisis: scientists agree we have entered a period of abrupt climate breakdown, and we are in the midst of a mass extinction of our own making. XRCR is part of an international movement that uses non-violent civil disobedience to avert catastrophe. 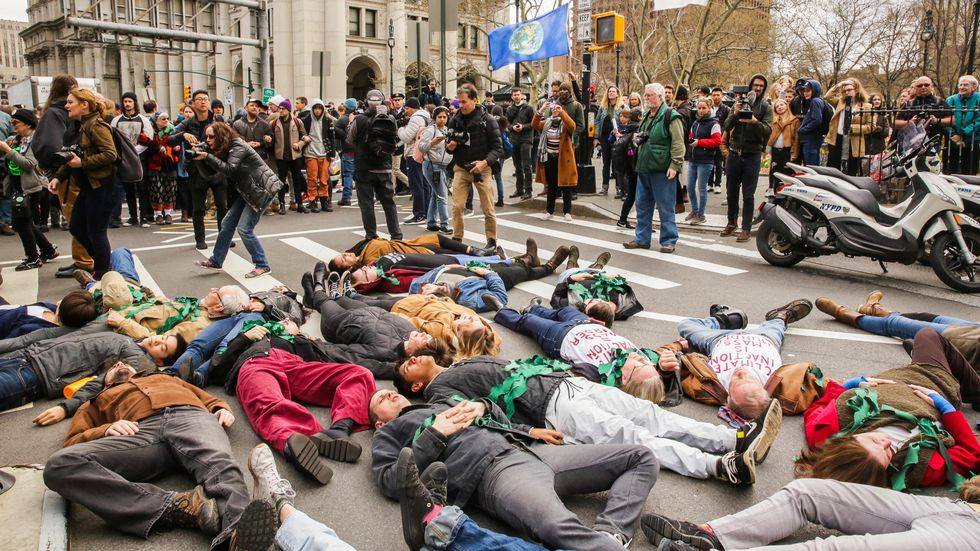