Compelling shorts from struggling independent filmmakers, followed by a discussion of the Occupy movement and role of radical media.  Join regional filmmakers in a fascinating and provocative look at the role that independent media can play in struggle!

*Bhawin Suchak is a filmmaker, educator and digital media producer who works with emerging technologies as tools to promote expression, communication, and connection. He is also the founder and program director of Youth FX, a digital media program for inner-city teens based out of Grand Street Community Arts. 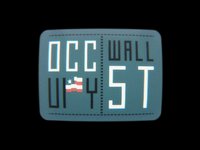 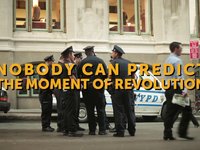 Nobody Can Predict The Moment Of Revolution (7:35 minutes)
by Iva Radivojevic & Martyna Starosta

The video was shot during the 5th and 6th day of the occupation. This idea to occupy the financial district in New York City was inspired by recent uprisings in Spain, Greece, Egypt, and Tunisia which most of us were following online. 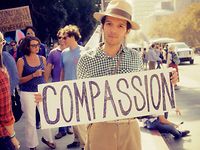 I visited OccupyLA on Saturday, October 15, not knowing what to expect. I was totally blown away by the spirit and diversity of thousands of human beings coming together to demonstrate peacefully and creatively against the systemic exploitation of the international public by corrupt corporations. I decided to participate in my own little way by documenting what I saw. 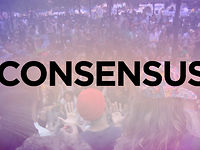 A look into the “HOW” of the Occupy Wall Street movement: the consensus process. The community of occupiers at Liberty Plaza have sparked the process of building a movement that now transcends any one physical landmark. The tools to keep the movement alive belong to all of us. Created by the Meerkat Media Collective. For the last 6 years we’ve been using consensus decision in our filmmaking process. 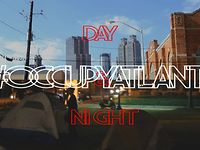 #OCCUPYATLANTA has had it’s share of triumphs and controversies, we arrived after the occupation was cleared from Troy Davis Park (formerly Woodruff Park) and over 52 protesters were arrested. The world is watching to see what ATLANTA will do next. 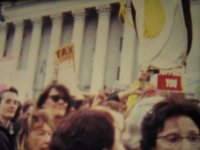 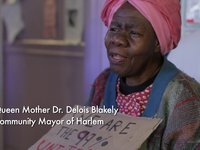 Stand with Queen Mother Dr. Blakely and the Shareholders, Tenants of 477 West 142 Street HDFC (low -income housing for women and children) as she fights for justice against known, indicted predatory lenders and mortgage fraud. 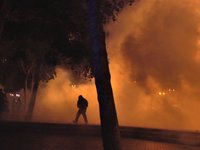 A Recap of yesterdays events for the Occupy Oakland movement.
At 4:30 AM, the police moved in to destroy the camp.
At 4:30 PM, people organized for a march in support of Occupy Oakland
At 5:30 PM people hit the streets, non violent protesters were met with tear gas and rubber bullets near the police station
At 6:30 PM everyone gathered at Frank Ogawa Plaza for a show of Solidarity.
at 8:30 PM, everyone marched back to Frank Ogawa Plaza
at 9:00 PM, police opened fire with rubber bullets and tear gas. 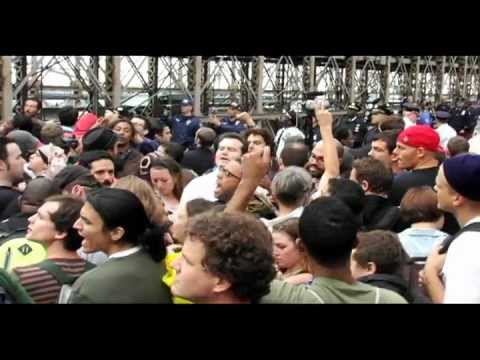 10/1/11..Occupy Wallstreet protest broken up by NYPD on the Brooklyn Bridge.. 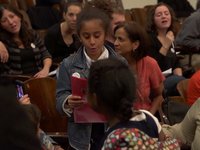 The Panel for Education Policy (or PEP), enacts policy for the New York City Dept. of Education – every member is appointed, not elected. A plurality of these voting members are selected by the Mayor directly.
The PEP replaced the Board of Education when Mayor Bloomberg took control of the schools in 2002. It is intended to be a democratic forum where people voice concerns, prior to the panel’s vote on educational policy.
Today the panel is convening to discuss new standards being implemented in schools.

200 parents, teachers staff and students are in attendance.

by The Freeman Smith 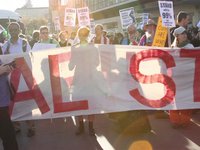 Occupy Oakland called for an all day General Strike on November 2, 2011. It was the first General Strike in the US since the 1946 Oakland General Strike. Angela Davis, among others, spoke at the 9am rally. There were rallies and marches all day, culminating in a 5pm march to shut down the Port of Oakland. 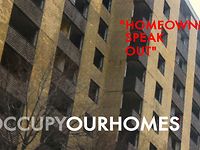 Two homeowners, Jean Cassine of Queens Village and Mimi Pierre Johnson of Elmont, describe how the foreclosure crisis has caused angst and frustation for themselves, as well as their communities. They have been fighting for years to keep their homes and see the Occupy movement as an opportunity for others to do the same.

Homeowners who are struggling to modify their mortgages, interest rates, etc and the bank is threatening to evict, do not leave your homes!

“On December 6, the Occupy Wall Street movement will join the national fight against foreclosure with a big day of action.” 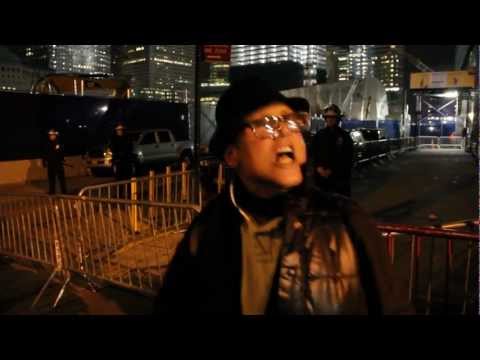 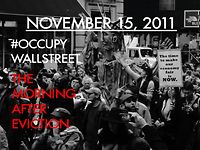 The Morning After Eviction  (4:00 minutes)

NOVEMBER 15, 2011
Awoken by glaring floodlights, and boots of over 1,000 riot police, #Occupywallstreet was evicted from Zuccotti Park during the early hours of Tuesday, November 15, 2011.
More than 200 protesters were arrested and as the sun rose, the real test for the #occupy movement began. 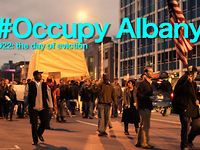 On December 22nd the Occupy Albany encampment at Academy Park was forcibly removed by The City of Albany. This short documentary follows the days events as they unfolded from afternoon to evening as the protestors defended the information tent and marched around the city and then were pepper sprayed by police upon returning to Academy Park. 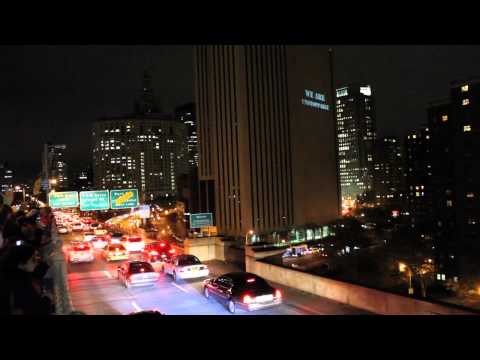 November 17th, 2011: From the #occupy bat signal crew, an inside look at this series of inspirational video projections on the side of the Verizon building