The seventh annual end of the season festivities of free food, art and music, featuring a special performance by Fay Victor and Mutations for Justice to launch our Spirit of the Suffragettes concert series!

Performing in Freedom Square on June 8th during the Freedom Festival, join us for the opening concert of the Spirit of the Suffragettes Summer Festival and Community Resource Fair!

• Music with Sa-Roc and Fay Victor’s Mutations for Justice

• Free hyper-locally sourced food from our Collard City Growers’ garden down the block and Denison Farms, with food from Unity House kitchens

and much much more!

Check out the video below to see our featured acts perform:

Sa-Roc is otherworldly-figuratively and literally. Since appearing on to the hip-hop scene in 2008, she has upended conventional narratives within the genre, her fiery lyrics peppered with themes of spiritual evolution, social injustice, and messages of empowerment.

An ardent student of the culture, she has crafted, alongside legendary Atlantan producer Sol Messiah, a fresh sound dubbed God Hop. Melding the raw energy and classical precision of the golden era of hip-hop with a lyrical ingenuity and consciousness that sets her light years ahead of her musical peers, Sa-Roc has quickly grabbed the attention of many of hiphop’s established luminaries.

Victor was the 2017 Herb Albert/Yaddo Fellow in Music Composition where she composed ​Faith, The Gift ​- a piece in tribute to the life of her mother, Faith E.S.Victor. In addition to ​Wet Robots,​ Victor also appears on Nicole Mitchell’s M​aroon Cloud(FPERecords, August2018) recording and Marc Ribot’s ​Songs of Resistance 1942-2018 (ANTI-records, September 2018) featuring Victor as well as guest vocalists Tom Waits, Steve Earle and ​Meshell Ndegeocello among others. ​Victor is a music educator and vocal specialist of the highest order, giving clinics and workshops at home in New York City and around the world.

ABOUT MUTATIONS FOR JUSTICE

Mutations for Justice is a rolling diary of the Trump administration using small compositional mantras or ‘memes’. The minimalist framework is built on repetition and developed through improvisation. Chanting protest music as a mutable entity to change how we see.

Conception, words & music written by Fay Victor. The culmination of Mutations For Justice will be a recording project of 45 pieces in 2020.

Some of the subjects covered in Mutations for Justice pieces are on immigration, gun violence, Stormy Daniels, poverty, race, the economy and creative license. 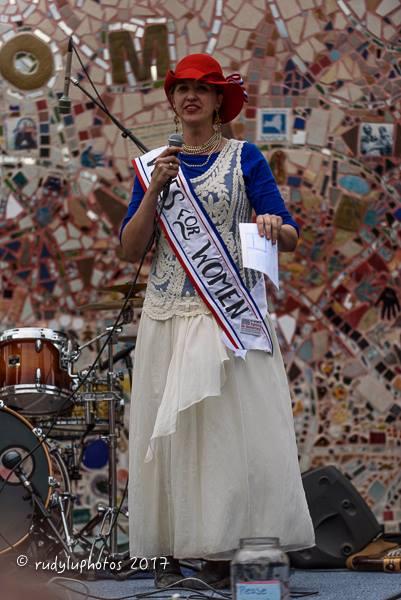 The Spirit of the Suffragettes is an 8-week summer concert series and Women’s Resource Fair celebrating the history of these radical historical activists through an updated and more racially/economically inclusive lens. We’re presenting female and gender non-conforming musicians (predominantly women of color) alongside a resource fair highlighting the organizations and opportunities that support women and families in our extremely low-wealth neighborhood.

And thank you to the sponsors and foundations helping us meet the matching funds required to pull this off!

If you would like to sponsor “Spirit of the Suffragettes,” please contact Melissa Bromley, Development Director at: [email protected] You can view our sponsorship package by clicking here. 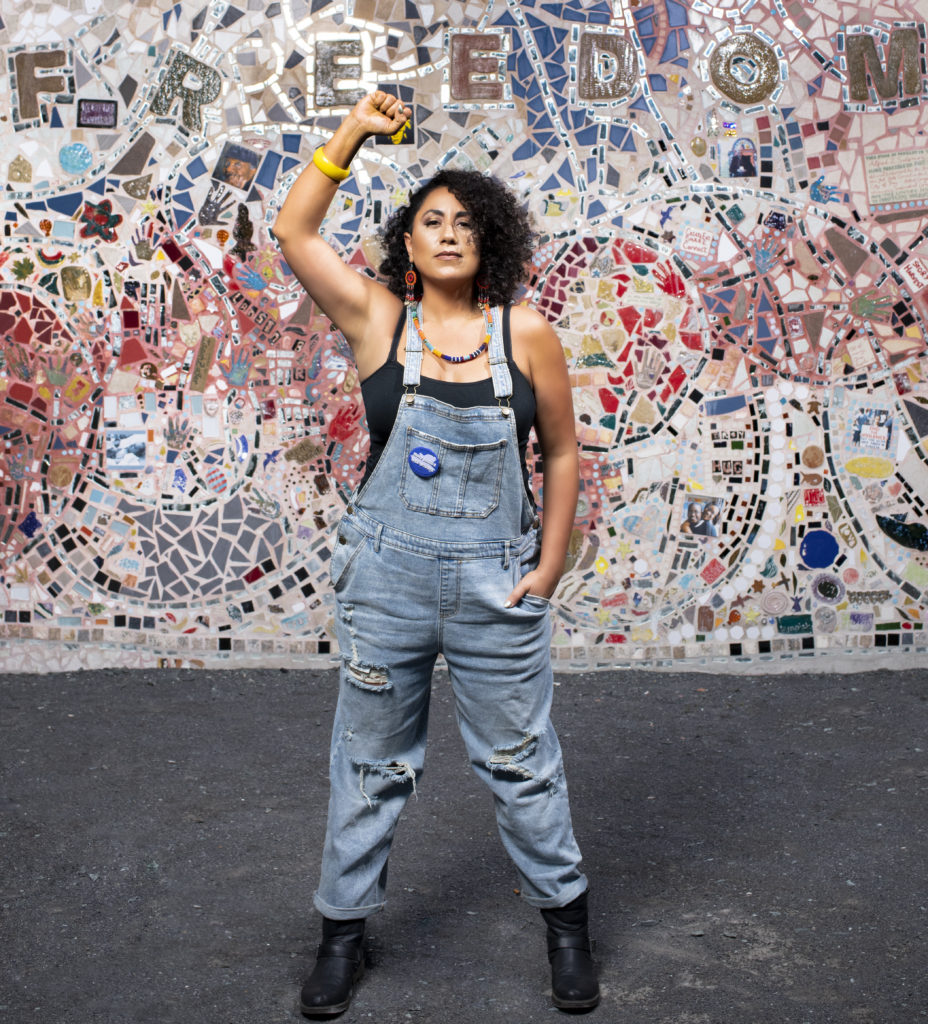 Freedom Square is an urban cultural and spiritual oasis located at the mystical corner where 5th and 6th Avenues meet 101st Street a block from the Hudson River in North Troy.

The stage at Freedom Square, developed as part of the year-long Found Art in North Troy project in 2013, is dedicated to the late Alfred Z. Solomon, whose charitable trust helped fund construction. It features a massive mosaic by noted Philadelphia muralist Isaiah Zagar, completed with the help of hundreds of local volunteers over the course of several months.

Freedom Festival is the closing event of the Spring 2019 season at The Sanctuary for Independent Media, made possible by volunteer labor, thousands of small donations and invaluable support from many organizations. Partners include Unity House, Troy Bike Rescue, Denison Farms, Collard City Growers, Troy Zero Waste and NY Census Initiative.

The Sanctuary for Independent Media is a community media arts center located in an historic former church in Troy, NY. The Sanctuary hosts screening, production and performance facilities, training in media production and a meeting space for artists, activists and independent media makers of all kinds.

Some images of past fun at Freedom Square: 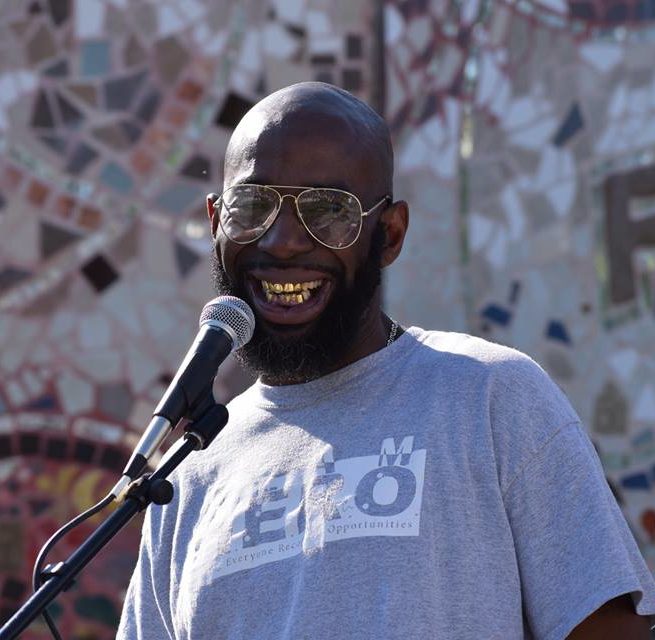 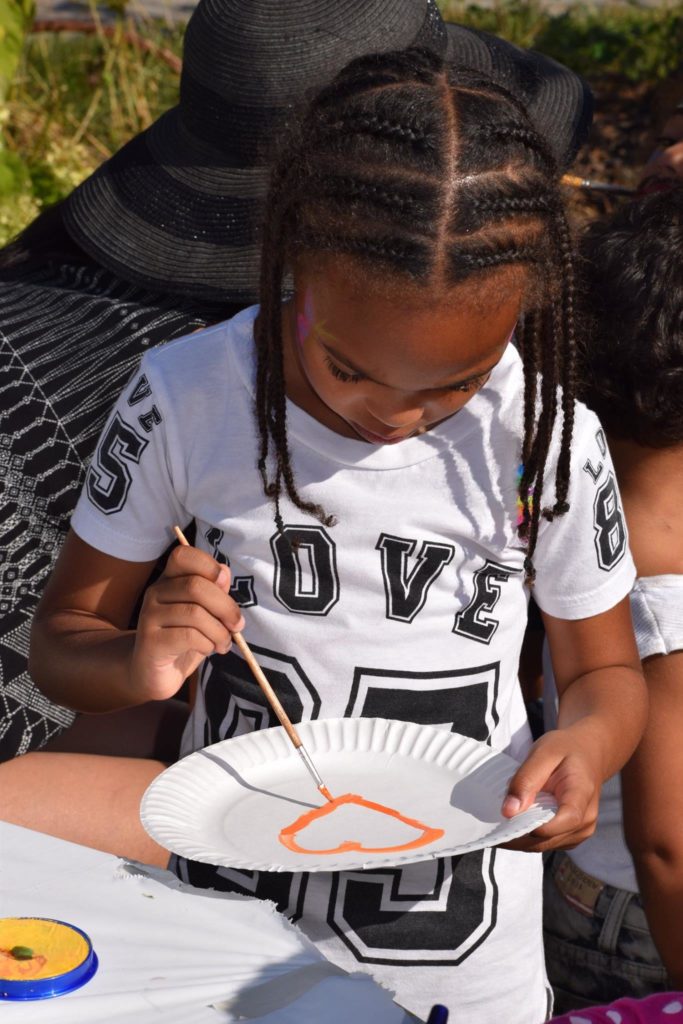 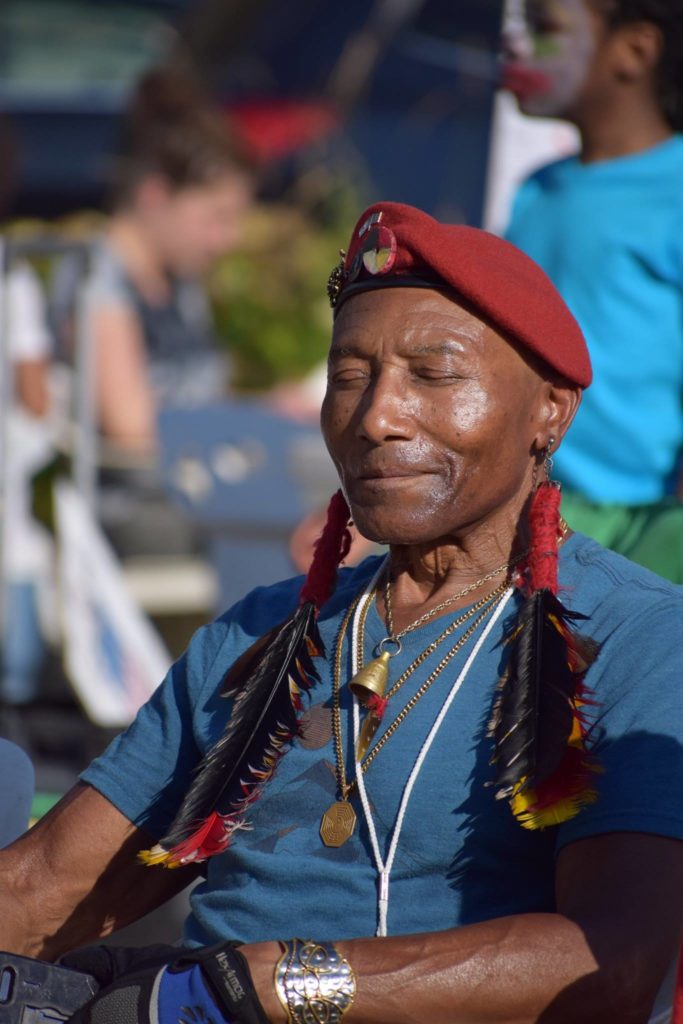 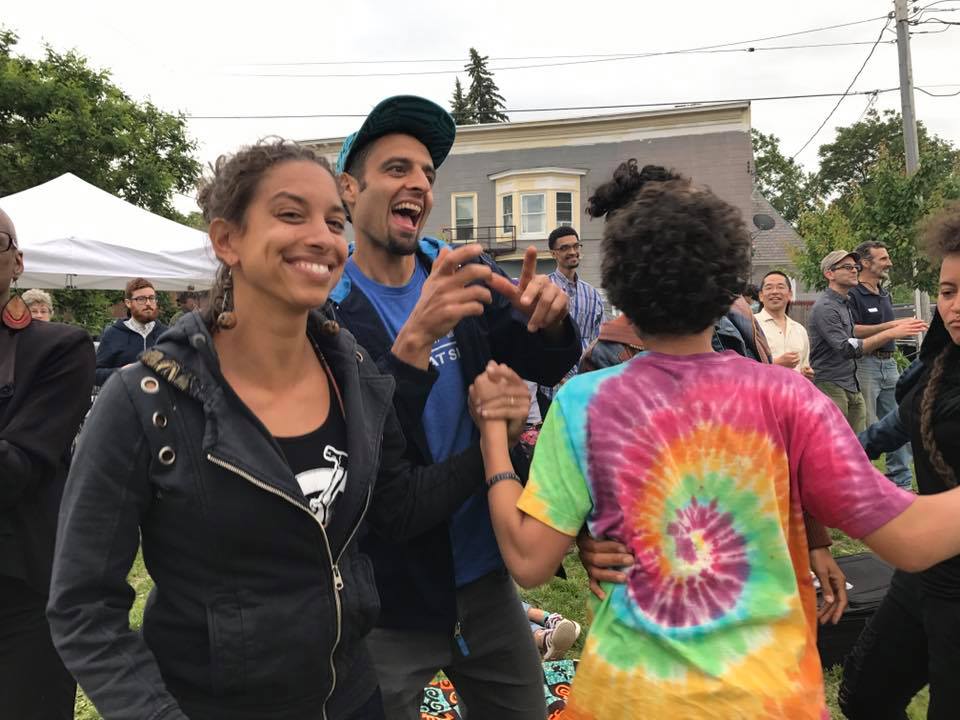 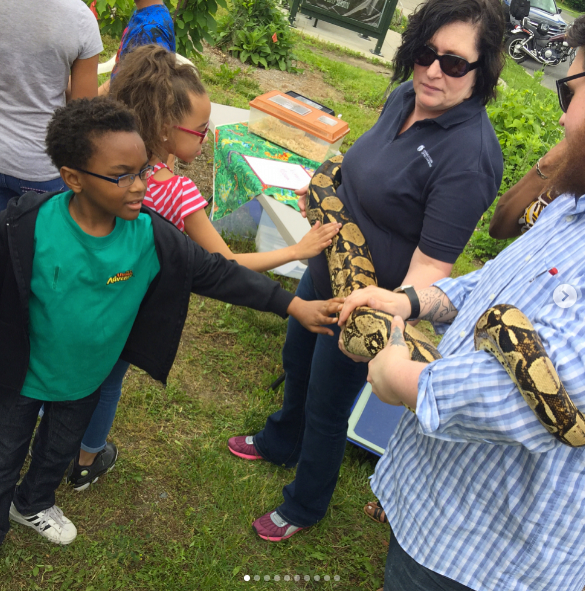 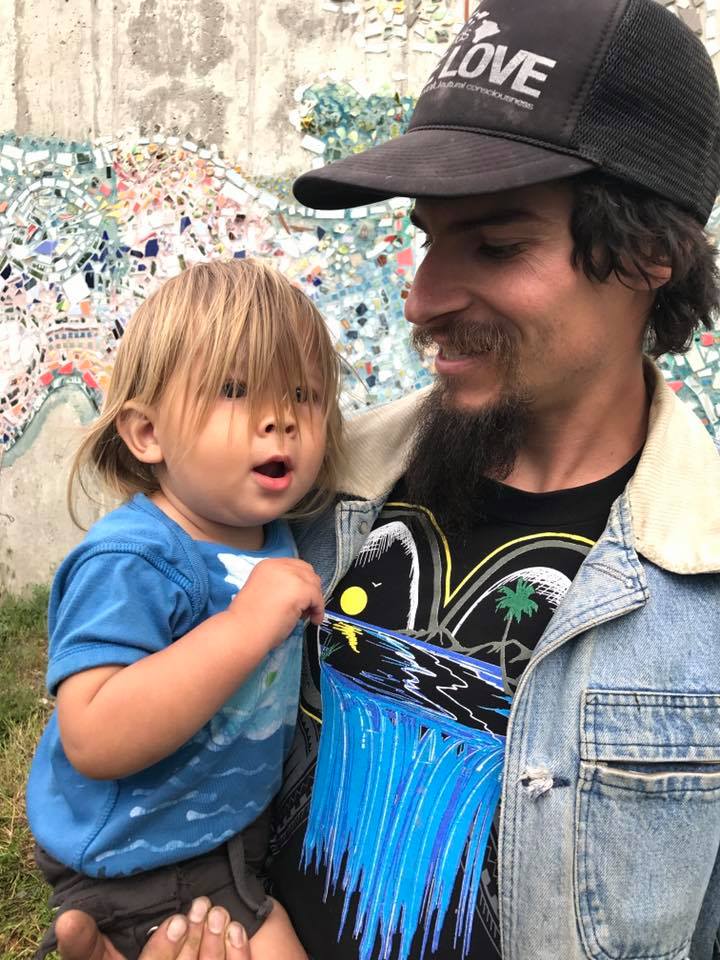 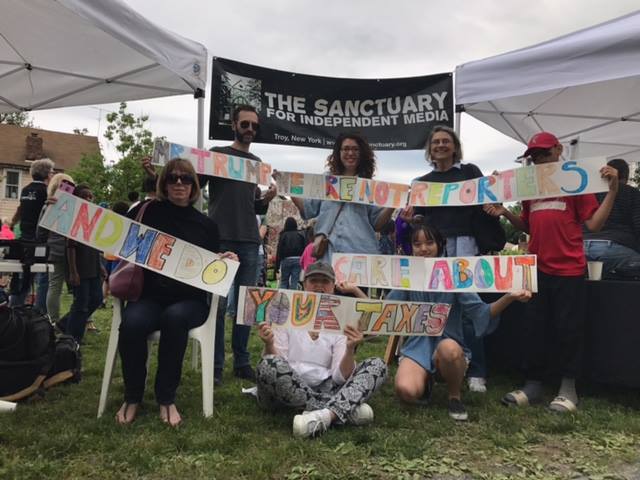 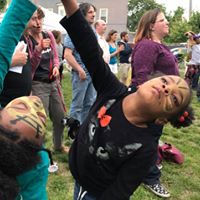 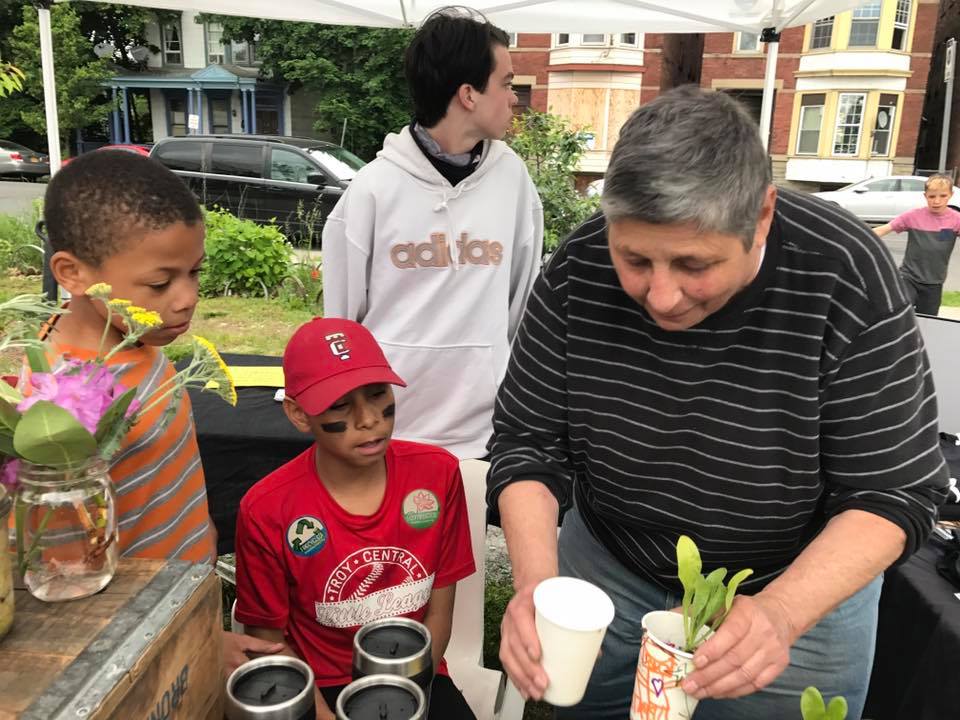 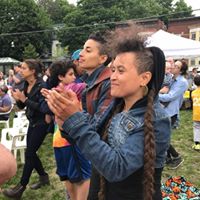