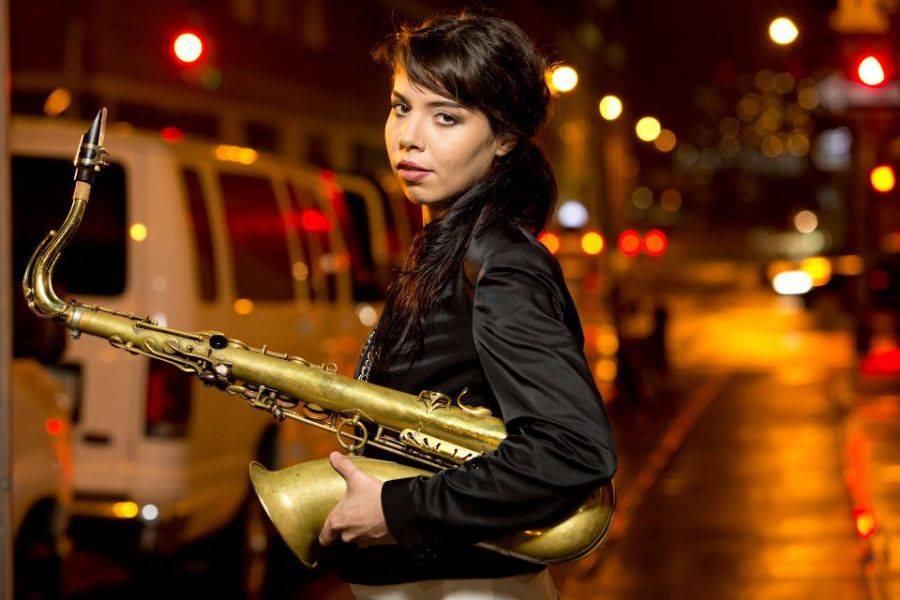 The award-winning Melissa Aldana and her trio join us for a night of soulful jazz!
Originally from Chile, Aldana broke into the New York jazz scene in 2009. She quickly asserted herself as one of the most esteemed tenor saxophonists of her generation. In 2013, Aldana was recognized as the first female instrumentalist and the first South American ever to win the prestigious Thelonious Monk Competition. Since then, she has continued to raise the bar and innovate new sounds from traditional jazz forms. Her trio perfectly complements her music, portraying the full-bodied sound of a much larger ensemble. The Melissa Aldana Quartet is surely not to be missed!

Funded in part through the Mid Atlantic Tours program of Mid Atlantic Arts Foundation with support from the National Endowment for the Arts.