Join us for a panel on science activism and advocacy in the Capital Region with public officials, scientists, and activists focusing on how we, as concerned citizens, can get involved most effectively. The event, which replaces this year’s March for Science, is produced by CapSci. This informal panel will be moderated by ___ followed by a Q&A with some prepared questions.  Then we will open it up to Q&A: we are open to some lively discussion.

MORE ABOUT CapSci:
This CapSci event is a “Fact Finding Mission”.  Since our group has organized the March for Science, and since there is no National March, we were asked by the National organization to plan a “Day of Science Activism” instead.  We asked ourselves, “what does that actually look like?  Is it letter writing, some other form of protest? What would make a Day of Science Activism look different than an Earth Day event?  What are the best ways for individuals to have an influence and be able to speak about Science in a relevant manner?”

CapSci aims to advance the public understanding of science in the New York Capital Region. Our mission is to foster interactions between scientists and nonscientists, to promote science-based public policy and scientifically literate policy makers, and to nurture diversity within the scientific community. We hold monthly Science lectures in area bars, Science communication workshops using Improv techniques, Science-themed poetry nights and theater performances, and youth STEM outreach activities. Please join us to get involved! 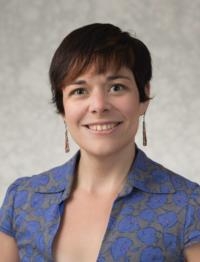 Professor Ocobock’s research focuses on how humans physiologically and behaviorally acclimatize and adapt to extremes of physical activity and environment. She recently started a field site in northern Finland working with reindeer herders to better understand modern human adaptations to cold climates and the physical work of herding reindeer. She is the co-founder of CapSci—a non-profit organization that focuses on science outreach and education in the New York Capital Region. In her spare time, she an avid powerlifter. 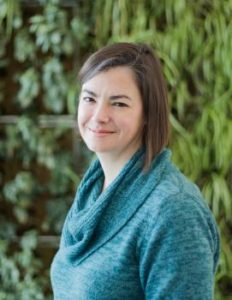 Bobbi Wilding, MS, Deputy Director of Clean and Healthy NY, has two decades of experience as an environmental health advocate. She directs the national Getting Ready for Baby coalition and CHNY’s Reducing Toxics in Child Care Program. Bobbi is an author and co-author of numerous reports and guides, including most recently the Getting Ready for Baby campaign’s Safe Baby Products Guide. Her past writing includes Selling Safer Products, about retailers to the child care community, The Mattress Matters: Protecting Babies and Toddlers While They Sleep; Flame Retardants Finally Fade, No Silver Lining, Hazardous Chemicals in Health Care, and numerous other reports.

She has trained hundreds of child care providers to avoid chemicals of concern, and organized the NYS Healthy Economy and Environment conference of 2011. She is a NYS Pollution Prevention Institute Advisory Board member, and serves on the Governance, Outreach and Recruitment, and Data Collection workgroups of the Interstate Chemicals Clearinghouse. She has co-led the Coming Clean coalition’s Emerging Technologies and Fenceline Action Workgroups, and served as the coalitions’ BPA Coordinator. 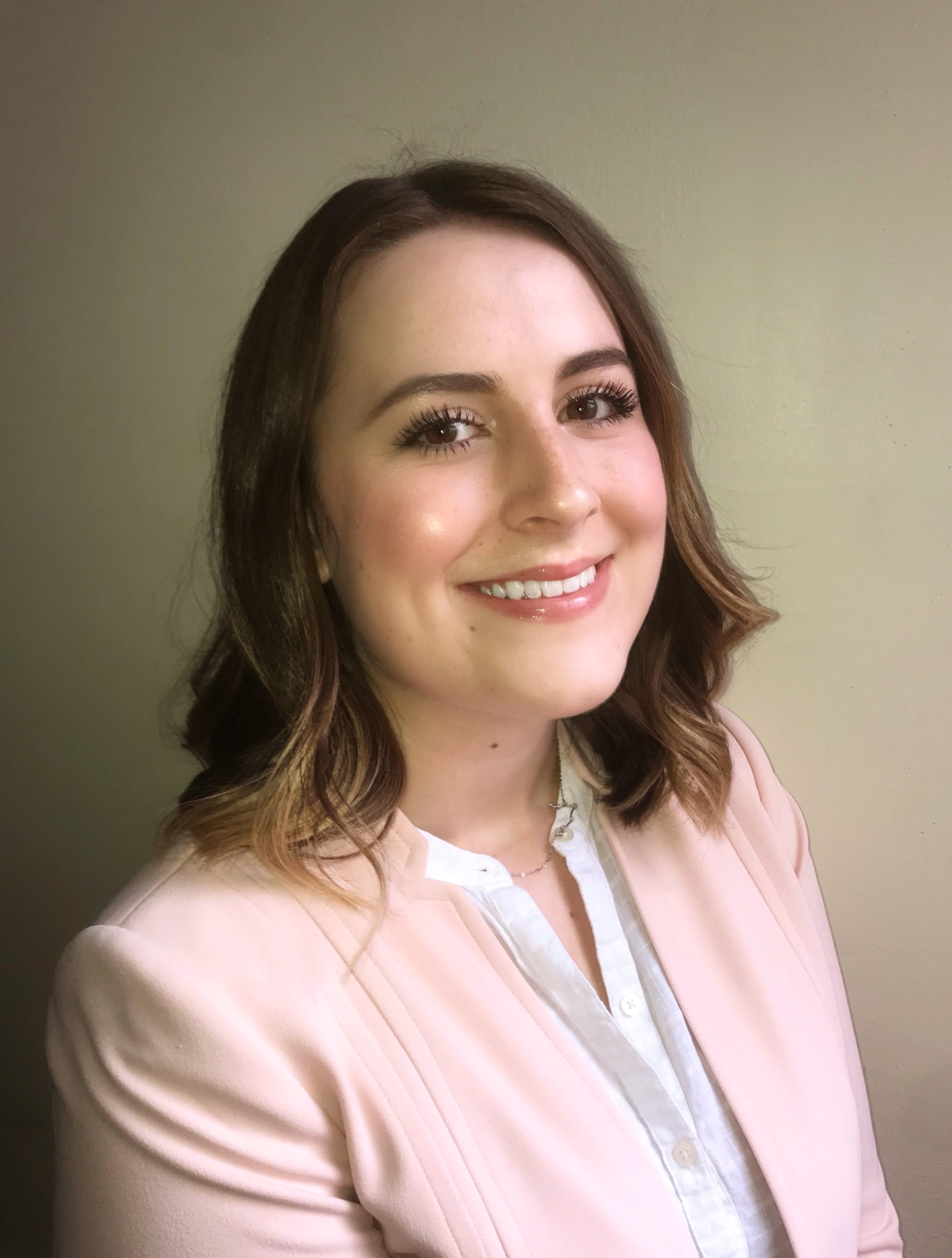 Katy Dunn is the Field Representative for the Office of Congressman Paul D. Tonko (NY-20). Katy is responsible for staffing, briefing, and attending all meetings and events with Congressman Tonko when he is in the district. She is also responsible for meeting with groups, organizations, and individuals on the Congressman’s behalf in addition to performing constituent outreach out of the Albany District Office. She has helped plan and execute multiple district-related outreach events, including the office’s monthly Mobile Office Hours program. She is passionate about advocacy, public service, and social justice.

Prior to her current position, Katy worked primarily on various state, local, and federal political campaigns. Katy received her B.A. in Political Science with a concentration in Public Law from the University at Albany, SUNY. Outside of the office, Katy enjoys spending time outside and exploring all the Capital Region has to offer.

Congressman Paul Tonko represents New York’s 20th Congressional District, including the communities of Albany, Schenectady, Troy, Saratoga Springs and Amsterdam. He represents all of Albany and Schenectady Counties and parts of Montgomery, Rensselaer and Saratoga Counties. He is serving his sixth term, after first being sworn into Congress in 2009.

Paul serves on the Energy and Commerce Committee, the oldest standing committee in the House, created in December of 1795. He is the first Upstate New York Democratic member to serve on the committee since Leo O’Brien, who resigned the post in October 1966. He was elected by his peers in the 116th Congress to chair the Subcommittee on Environment and Climate Change. He was also selected to continue his service on the Science, Space and Technology Committee, as well as on the Natural Resources Committee.

He has previously served on the Education and Labor Committee and the Budget Committee. 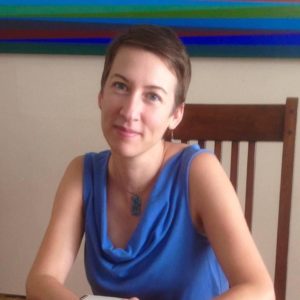 Abby Kinchy studies how social movements, such as the alternative agriculture movement and anti-fracking activists, resist and shape the development of controversial technologies. Her forthcoming book, Science by the People (Rutgers, Sept. 2019), explores how citizen science—research by people who are not professional scientists—can advance goals of environmental justice and social transformation. She is also the author of Seeds, Science, and Struggle: The Global Politics of Transgenic Crops(MIT Press, 2012). Kinchy completed her PhD in sociology at the University of Wisconsin–Madison and is currently an associate professor in the Science and Technology Studies Department at Rensselaer Polytechnic Institute. 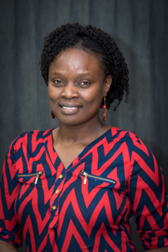 Dr. Obuya is an Associate Professor of Chemistry at The Sage Colleges in Troy, NY. She graduated with a BSc. in Chemistry from Kenyatta University (Kenya) and obtained her PhD in Inorganic Chemistry from The State University of New York in Binghamton. Emilly has worked on nanotechnological solutions for environmental remediation that includes removal or organic dyes from water systems. Her current research interest are to develop solar disinfection (SODIS) as a reliable water treatment technology for residents of Obunga slums in Kisumu, Kenya. Emilly is passionate about citizen science and has speared-headed a number of initiatives geared towards the youth in Troy, including the “GO GREEN” summer institute at the Troy Boys and Girls Club and The Troy YMCA Teen Mentor program. 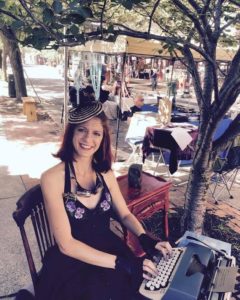 Meghan Marohn is an artist, environmentalist, and educator. She’s the founder of a community art project, the Troy Poem Project, and has been a high school English teacher and an adjunct professor of education at Fairleigh Dickinson University. Recently, she’s been working with the students of the ALP School 12 in Troy, Troy Prep, Lansingburgh Middle School and Shaker High to create youth segments for WOOC. Her favorite moments of teaching, radio, and the poem project have been those in which people young and old share the vulnerable parts of themselves and are received in kindness, joy, and connection. She’s now working to build shared storytelling communities as a board member and education consultant for A Little Creative Class, Inc., a nonprofit that seeks to strengthen youth in the most economically and socially vulnerable parts of New York State.

Trained as a Climate Reality Leader in Denver in March of 2017, Meghan has also presented on the climate crisis at various religious and academic institutions in New York and New Jersey. Through the Climate Reality Project and Uptown Summer at The Sanctuary for Independent Media, she has worked with young people to develop their creative expression of environmental changes in the Anthropocene. She heads the Green Sanctuary Committee of the First Unitarian Universalist Society of Albany, and since this past winter, she has joined up with activists worldwide to support the mission of Extinction Rebellion, a movement of nonviolent direct action addressing the imminence of anthropogenic climate change.

Her personal work includes poetry and stories focused on the internal lives of everyday people, particularly women, as they navigate power structures in late capitalism and search for portals to spiritual freedom.