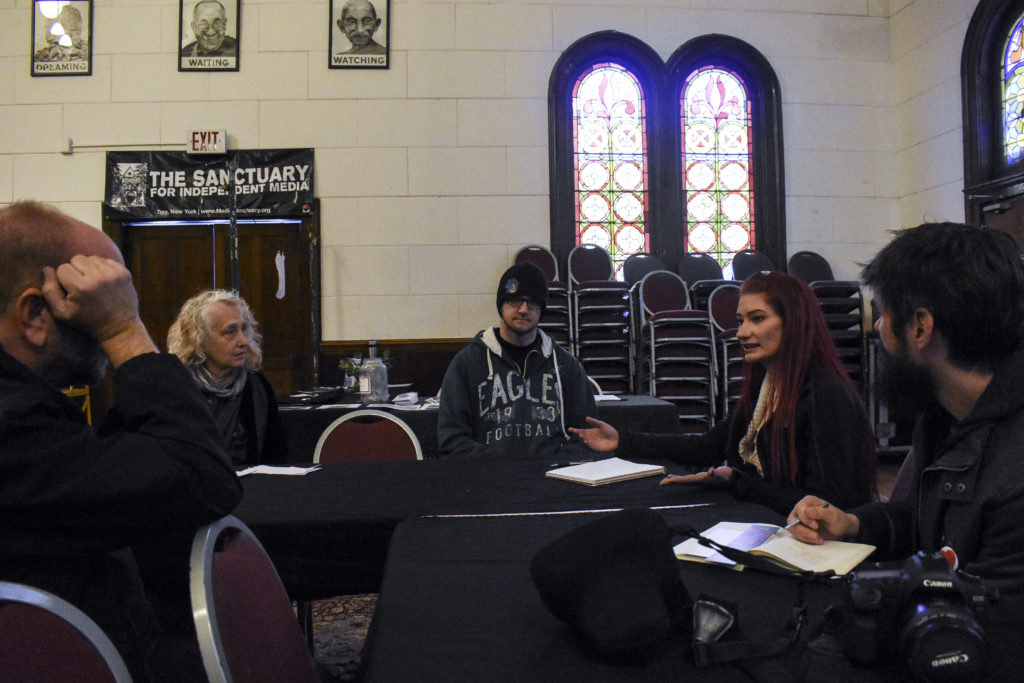 MassiveMesh Representative Jenni Tompkins explains the mesh network technology at the Sanctuary for Independent Media, Troy, NY. The meeting was part of plans to establish public wifi at the Sanctuary. (Photo by Luke. W. Bateman/Released)

As part of their mission to provide electronic media programs and services to artists, organizations and the general public, the Sanctuary is working to bring wireless internet to the area that intersects 5th and 101st street.

MassiveMesh, a high speed internet company founded in 2014 brings low-cost internet to the city of Troy through a mesh infrastructure. Mesh technology works by creating a network or routers that bounce wireless internet signals across short distances all the way back to the original source, usually a high speed data center.

While these networks are usually tied to a centralized location, they can also form a decentralized, independent internet; a system that parallels the independent media activism the Sanctuary works to promote each day. 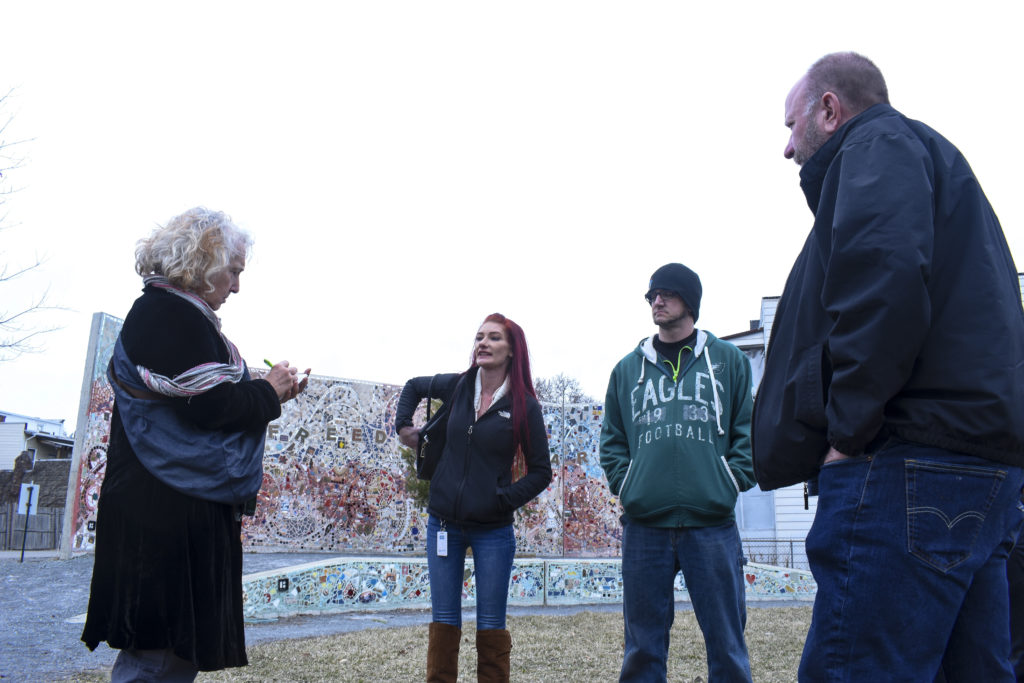 To reach the Sanctuary, the existing mesh network will have to establish new repeater sites in key locations along the way. In the past, these sites have been built in church bell towers, the attics of old school buildings, and other tall buildings in the Troy area. 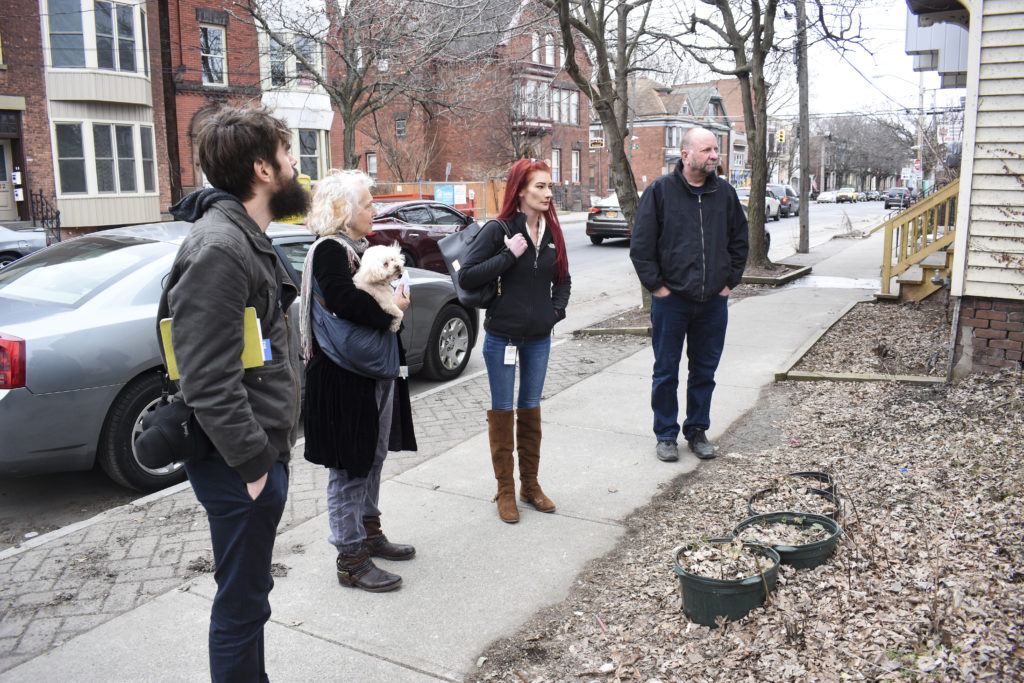 Steve Pierce, Executive Director of the Sanctuary for Independent Media, shows the location of future NATURELab ecological educational facility in North Troy on March 27, 2018. The NATURELab intends to provide education on ecological restoration and rehabilitation and would make good use of a public internet in pursuit of its mission. (Photo by Luke W. Bateman/Released)