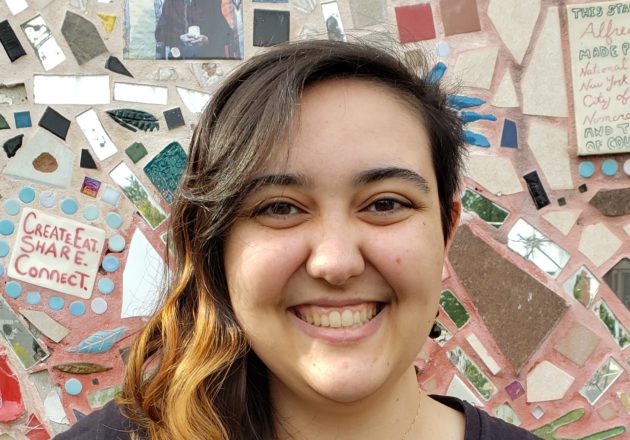 Sophia Cahillane officially joined the Sanctuary in September 2019, halfway through her junior year at Rensselaer Polytechnic Institute. She began her semester-long internship as part of the Arch at RPI. She studies Applied Physics with a concentration in Electrical Engineering and dual majors in Sustainability Studies, which originally led her to seek out the Sanctuary. Her original and primary role is as the NATURE Lab Intern, in charge of organizing the open hours for NATURE Lab in the fall as well as helping to create the display of past workshops. An additional task within that role is helping to apply for the grant which will provide funds to remodel the new NATURE Lab Center.

Besides working in NATURE Lab, she jumped right into radio production for the Hudson Mohawk Magazine. She learned how to engineer, host, and produce for the radio show. For her personal radio bucket, Women in STEM, she has interviewed professional women in science and technology who live and work in the area. Her goal was to gain an understanding of their current research and to talk to them about being women in fields which are historically mostly men.

In addition to NATURE Lab and radio, she works with Laqueena to organize and run the MEDIA Sanctuary Club for students from Troy Prep High School. This club was developed to introduce the youth to radio production through local news stories.

Sophia believes in the importance of independent media as a tool for free speech. She hopes to use her degrees in Physics and Sustainability Studies to develop solutions to the climate crisis and new ways of living that don’t exacerbate the problem.