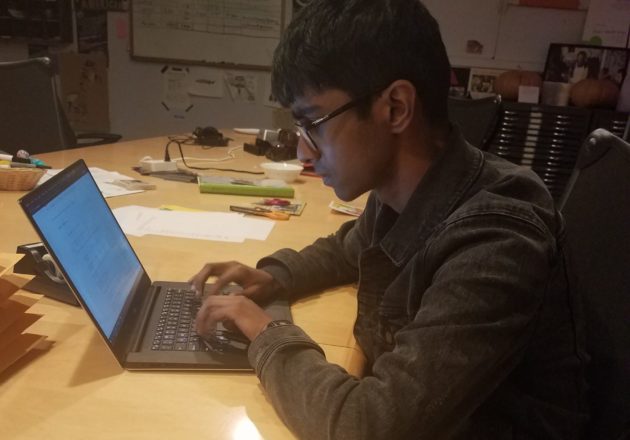 Tim is a student at RPI who is interning at the Sanctuary for the Spring 2020 semester. His responsibilities at the Sanctuary are far and wide. Tim will be helping out with radio engineering, improving our technology, and even some occasional manual labor. As a Computer Science major he is most interested in taking a look at our tech and seeing where he can make some beneficial changes.

His Sanctuary origin story starts with some ice cream and a dog. Tim met Branda at Snowman, a local ice cream shop, with her dog. After talking with her, he says that he became interested in the Sanctuary. Her dog was a big selling point too. Additionally, Tim says that he visited the Sanctuary with a hacktivism class where he learned more about the Sanctuary’s mission and what we do here.

He is always eager to see where improvements can be made and has already started making some changes to the equipment here. Tim wants to work on automating the tech here and has begun repairing some things as well. So far he has successfully repaired a Mac mini and some audio equipment.

Tim is currently working on a radio project of his own and, while not having much prior radio engineering experience, will be helping out with the nightly shows during his time here.