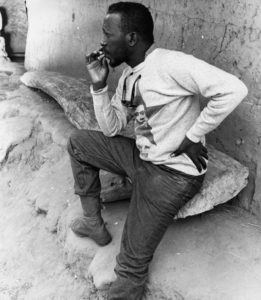 Samba Gadjigo, director of the film Sembene about the father of African cinema Ousman Sembene, spoke with WOOC correspondent Steve Pierce about the film.  Samba will be appearing with co-director Jason Silverman at a screening of the film this Monday at 7 PM at The Sanctuary for Independent Media.  For more information, visit our event page for the film screening