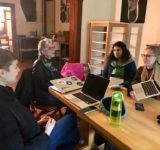 Julia, Olivia, and Anne are Environmental Studies seniors at Skidmore College who have been delving into the capital region’s sewer systems for their capstone research on Combined Sewer Overflows, looking at policies, community hydrorelationalities, and green infrastructure practices. They’ll be leading a multidisciplinary workshop on Day 2 of the Symposium titled, “Watershed, Sewershed, Seedshed.” 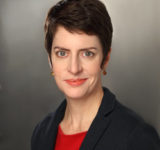 Angelyn Chandler is an architect experienced in leading the design and construction of public architecture and open space projects.  As Deputy Commissioner for Capital Programs at the New York State Office of Parks, Recreation & Historic Preservation, she supervised the design and construction of Penn & Fountain Park, as well as numerous park visitor and environmental education facilities, public restrooms, cabins, trails and public art.  As Capital Program Director for NYC Parks, she led the development of Freshkills Park, the reconstruction of NYC’s Beaches following Superstorm Sandy, the Community Parks Initiative, and the construction of the High Line Headquarters. 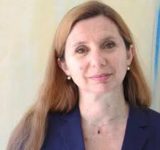 Tatiana Choulika graduated from the Edinburgh College of Art with a BA in Landscape Studies. She has a Master in Sciences from the University of Edinburgh in the Management of Natural Resources, and a Master in Landscape Architecture from the University of Pennsylvania. She has been practicing Landscape Architecture for over 25 years. She has worked on a variety of projects at multiple scales, both nationally and internationally. 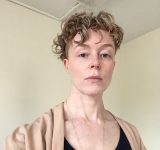 Heather Davis is an itinerant researcher and writer. Her current book project, Plastic: The Afterlife of Oil, traces the ethology of plastic and its links to petrocapitalism. She is the editor of Art in the Anthropocene: Encounters Among Aesthetics, Politics, Environments and Epistemologies (Open Humanities Press, 2015) and Desire Change: Contemporary Feminist Art in Canada (MAWA and McGill Queen’s UP, 2017).

The story we tell ourselves about environmental crises determines how we understand how we got here, where we might like to be headed, and what we need to do. Given this weight, it is imperative to bring together the insights from Indigenous and Black Studies to bear on the conversations surrounding the Anthropocene. Engaging with these long and rich scholarly traditions is necessary not only to avoid repeating the same Eurocentric logic that lead to the Anthropocene in the first place, but also because the Anthropocene is not a novel event. Rather, it can be understood as the after-shock of the seismic catastrophe that was settler colonialism in the Americas. Understanding our current era not as a break with the past, but as the cumulative force of hundreds of years of history refigures the Anthropocene as a problem not just of environmental, but of racial justice. 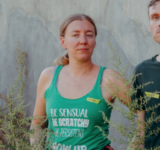 Catherine Grau is an artist, curator, facilitator and EPA agent. In her predominantly collaborative practice, she fosters embodied research methodologies, collective experiences and intimate encounters that aim to generate processes of de-colonizing and unlearning anthropocentric paradigms. 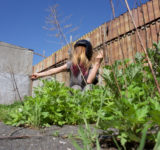 andrea haenggi has a research-based creative practice she calls Ethno-choreo-botan-ography that employs her roles as a choreographer, interdisciplinary artist, dancer, radical care sitter, somatic educator and EPA agent. Her sensual-bodily-tough works confront audiences with a world beyond humans. 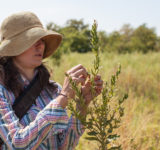 An artist and educator based in Brooklyn and Troy, New York, Ellie Irons works in a variety of media, from drawing to gardening, to reveal how human and nonhuman lives intertwine with other earth systems. Her recent work focuses on plants, people and urban ecology in the so-called Anthropocene. Irons received her BA from Scripps College in Los Angeles and her MFA from Hunter College, CUNY. She is currently pursing a PhD in Electronic Arts at Rensselaer Polytechnic Institute, where she is researching the intersection of socially engaged art and urban ecology. 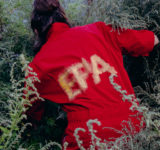 The Environmental Performance Agency (EPA) is an artist collective founded in 2017 and named in response to the proposed defunding of the U.S. Environmental Protection Agency. Appropriating the acronym EPA, the collective’s primary goal is to shift thinking around the terms environment, performance, and agency – using artistic, social, and embodied / kinesthetic practices to advocate for the agency of all living performers co-creating our environment, specifically through the lens of spontaneous urban plants, native or migrant. Current EPA Agents include Catherine Grau, andrea haenggi, Ellie Irons, Christopher Kennedy and various spontaneous urban plants, both native and migrant. 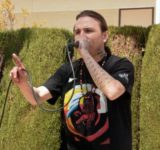 Artist, Activist, Performer, songwriter, producer, engineer, and promoter – Jayohcee is a jack of all trades. He is a First Nations Mohawk Warrior who is also a hip-hop artist from the Akwesasne Mohawk Reserve which is straddled in between what is now the US and Canadian border. Naturally driven and motivated, Jayohcee created and headlined his “For The Love of Music Tour” Summer 2016 and did ‘Wake Up the World Tour’ early 2017 with his brothers after their time at Standing Rock. Jayohcee dropped out of MetalWorks Institute # 1 music school in Canada and headed to Standing Rock at Oceti Oyate camp from Nov to Raid day. Then helped create and bring together The Rolling Resistance who were all misplaced from their home at camp, stuck together and travelled all over the States to spread the word by actions, healing, and learning. Summer of 2017 Jayohcee then embarked on a ten day tour on the Hudson with The Sea Change Voyage expressing the importance of clean water and the fights that come with it. Jayohcee also did some mentoring this year with youth in Albany at The Sanctuary for Independent Media with his 3 day Youth Empowerment / HipHop workshop. Every journey begins with one step….having spent many years perfecting his craft, the earth, future for the children as well as his performance and presentation, this talented individual is well on his way to making a footprint in the history of hip-hop along with shaking the world and entertainment industry in whole. 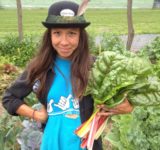 Displaced from high-cost habitats like her birthplace of Oahu, Hawaii, Azuré has found solace in exploring post-industrial soils, unearthing ancestral tools for self and collective remediation. She is committed to shifting societal values through service to community and ecology, working with the art of living systems to exemplify the creative practice of building productive, sustainable landscapes in urban environments. 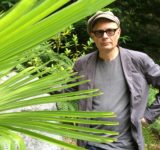 Oliver Kellhammer is a land artist, permaculture teacher, activist and writer with a particular interest in ecologies of disturbance. His botanical interventions and public art projects demonstrate nature’s surprising ability to recover from damage. Lately his work has focused on bioremediating contaminated soils and waste streams, as well as reintroducing prehistorically native trees to landscapes impacted by industrial logging and threatened by climate change. 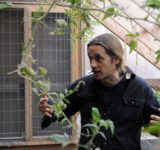 Scott Kellogg is the Educational Director of the Radix Ecological Sustainability Center, an urban environmental education organization in Albany, NY.  He is a Ph.D. student in the STS department of RPI, presently finishing his dissertation on the topic of “urban ecosystem justice”.

Ecoremediation is a framework for looking at environmental contamination through a complex, whole systems lens.  Going beyond the limited “mopping up the mess” approach of conventional remediation, ecoremediation combines an environmental justice analysis of the “toxisphere” with simple and affordable bioremediation techniques usable by citizens for detecting and degrading soil, water and air pollutants in their communities.  In this hands-on workshop, we will build familiarity with our ecoremediation allies: microbes, fungi, plants, insects, and worms. 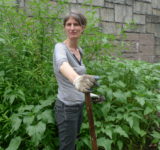 Kaja is the founder of youarethecity, an urban research, design and planning practice in Brooklyn NY.  Informed by the belief that everybody has agency in designing cities and urban space, each of our projects is a collaboration bringing together institutions, individuals, public agencies and non-profit organizations to produce research, design, maps, plans, strategies, diagrams, writings, interventions, websites, events and exhibitions about urban spaces at many scales from a flower pot to a masterplan. Kaja is also an Adjunct Associate Professor in Architecture and Urban Design and the Director of the Hudson Valley Initiative at Columbia University GSAPP in New York.

This presentation is a reflection of participatory and do-it-yourself urbanism in challenging post-industrial landscapes and communities. Through samples of her work and the work of her students, Kaja would like to discuss the role of urban design as activism. 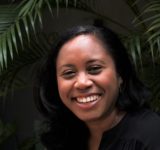 Mae-ling Lokko is an architectural historian, researcher and building technologist whose work centers on the upcycling of agro-waste and biopolymer materials into ‘high’ performance building material systems. Mae-ling will be giving a presentation titled “All that Shimmers Is Gold: Agrowaste Wastewater Treatment for Small-Scale Women Home-based Enterprises.” 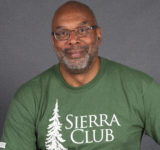 Aaron Mair is an epidemiological-spatial analyst, environmentalist, and past president of the Sierra Club, an American environmental organization founded by preservationist John Muir in 1892. He is 27 year veteran urban environmental activist and leader in the environmental justice movement. 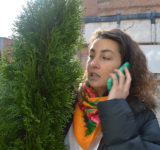 Lucia Monge is a Peruvian artist whose work explores the way humans position themselves within their environment, the way we relate to other living beings, and who we consider as such. Her artistic research probes the proximity and distance between humans and plants through material and movement exploration. 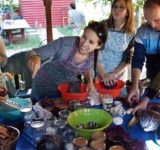 Leila Christine Nadir is an Afghan-American, transdisciplinary writer, artist, and educator whose work explores memory, food, community, and ecology. She is currently Assistant Professor and Founding Director of the Environmental Humanities Program at University of Rochester. 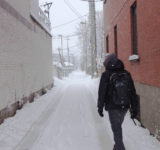 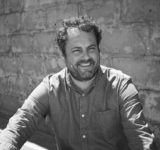 David Seiter is design director and founding principal of Future Green Studio – a design-build firm specializing in landscape urbanism and ecology. David’s design portfolio encompasses award-winning private and public-use projects, was nationally recognized with the 2018 Emerging Voices Award by the Architectural League of New York, and is the author of the book Spontaneous Urban Plants: Weeds in NYC – a book about the overlooked ecological value of weeds in the urban landscape. Additionally, his research into urban adapted plants won a 2015 National Honor Award in Research from the American Society of Landscape Architects. David holds a MLA from the University of Pennsylvania and is a licensed Landscape Architect in New Jersey, Maryland, and Virginia. 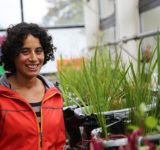 Seeta Sistla is an assistant professor at Hampshire College. Seeta studies how soils, plants, and microbial communities respond to environmental change, and how these changes can feedback to affect larger-scale ecosystem processes. This research combines biogeochemistry, microbial ecology, mechanistic modeling, and field studies. She is also interested in integrating ecological research with art-making, and improving how scientific knowledge is used in decision-making and conservation efforts. 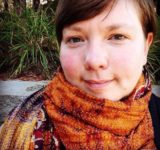 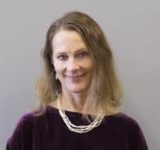 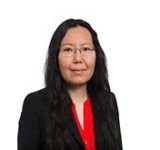 Dr. Xiaobo Xue is an assistant professor at the Department of Environmental Health Sciences in State University of New York at Albany (SUNY-Albany). Before joining SUNY-Albany’s faculty, Dr. Xue was an ORISE Research Fellow at the Environmental Protection Agency. Dr. Xue received her PhD in civil engineering from the University of Pittsburgh. Her team’s research focuses on life cycle assessment, resource recovery, water-energy-food nexus, and risk assessment.