Sa-Roc 3:15-4:30PM
Sa-Roc is otherworldly-figuratively and literally. Since appearing on to the hip-hop scene in 2008, she has upended conventional narratives within the genre, her fiery lyrics peppered with themes of spiritual evolution, social injustice, and messages of empowerment. 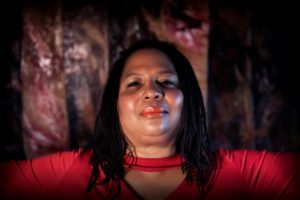 Fay Victor and Mutations for Justice 4:45-6PM
Mutations for Justice is a social justice project around small musical composition mantras or ‘memes’ written by Fay Victor as clarifying messages or a rolling diary of the Trump administration. The minimalist and repetitive framework develops through improvisation, in effect chanting protest music to change how we see.

Girl Blue 5:15-6:30PM
Girl Blue is the brainchild/alter-ego of singer-songwriter Arielle O’Keefe. Her debut EP “I Am Not A Star” is now available. Born and raised in New York and Dallas on classical piano, choir music, hip hop and Ani Difranco, she developed a diverse sense for vocal arranging and storytelling through song. 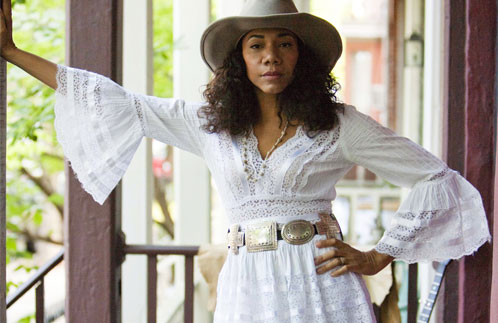 Martha Redbone 6:45-8PM
Martha Redbone is one of today’s most vital voices in American Roots music. A multi award-winning musician, the charismatic songstress is celebrated for her tasty gumbo of roots music embodying the folk and mountain blues sounds of her childhood in the Appalachian hills of Kentucky mixed with the eclectic grit of her teenage years in pre-gentrified Brooklyn. With the power of her gospel singing African-American father’s voice and the determined spirit of her Cherokee/Shawnee/Choctaw mother, Redbone broadens all boundaries of Americana.

Climbing PoeTree 5:15-6:30PM
Climbing PoeTree has stirred crowds at diverse venues from the United Nations to the world- renown TED: Ideas Worth Spreading, Harvard University to festivals where they have performed on the main stage, including Lightning In a Bottle, Many Rivers to Cross, and Symbiosis, among others. They have been featured alongside powerhouses such as Alicia Keys, Alice Walker, Janelle Monáe, Erykah Badu, Maxwell, Cornel West, Madonna, and Angela Davis. 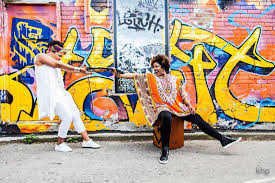 OKAN 6:45-8PM
Taking its name from the word for heart or soul in the Afro-Cuban religion of Santeria, OKAN fuses Afro-Cuban and other global rhythms with jazz, folk and classical forms. Embracing genres and roles that have historically been dominated by men, co-leaders, composers and multi-instrumentalists Elizabeth Rodriguez and Magdelys Savigne bring a fresh perspective to Latin and world jazz fusion through their powerful vocals, incredible musicianship and potent lyrical content.

Amy Rigby 5:15-6:30PM
Amy Rigby has made a life out of writing and singing about life. With bands Last Roundup and the Shams in eighties NYC East Village to her solo debut Diary Of A Mod Housewife out of nineties Williamsburg. The Old Guys, her first solo album in a dozen years, measures the weight of heroes, home; family, friends and time. 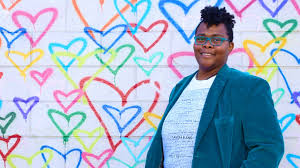 NITTY SCOTT 5:15-6:30PM
Sweet-voiced Afro-Latina rapper Nitty Scott, MC was Michigan-born and Florida-raised before moving to Brooklyn at the age of 17, during her senior year at art school. Her breakthrough came in 2010, when the video for her freestyle over “Monster” went viral. She has performed at the BET hip hop awards and the Brooklyn Hip Hop Festival, among others. The single off her Creature! album, “BBYGRL”, has been proclaimed as a feminist anthem. 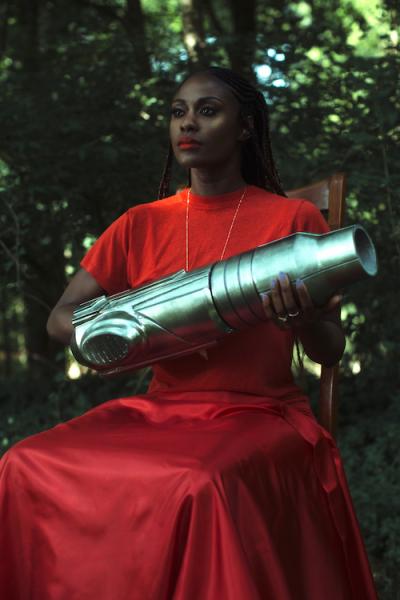 Sammus 6:45-8PM
SAMMUS (Enongo Lumumba-Kasongo) is an Ithaca-raised, Philadelphia-based rap artist, producer, PhD candidate in the Department of Science & Technology Studies at Cornell University, and soon-to-be postdoctoral fellow at Brown University.  Known as much for her rousing stage presence as she is for her prowess as a beatmaker and lyricist, Sammus has spent the past several years cultivating a strong following of activists, hip hop heads, punks, and self-identified nerds and geeks, among others.

Oshun 5:15-6:30PM
OSHUN is an independent Hip-Hop / Soul duo and the sonic manifestation of Afrofuturism. Using digital and acoustic sounds, heavy drums and bass, and ambient harmonic textures, OSHUN connects with the spirit of their ancestors to manifest a sweeter tomorrow for us all. Now that these young goddesses have graduated college, they are transitioning into the next phase of manifesting their purpose. 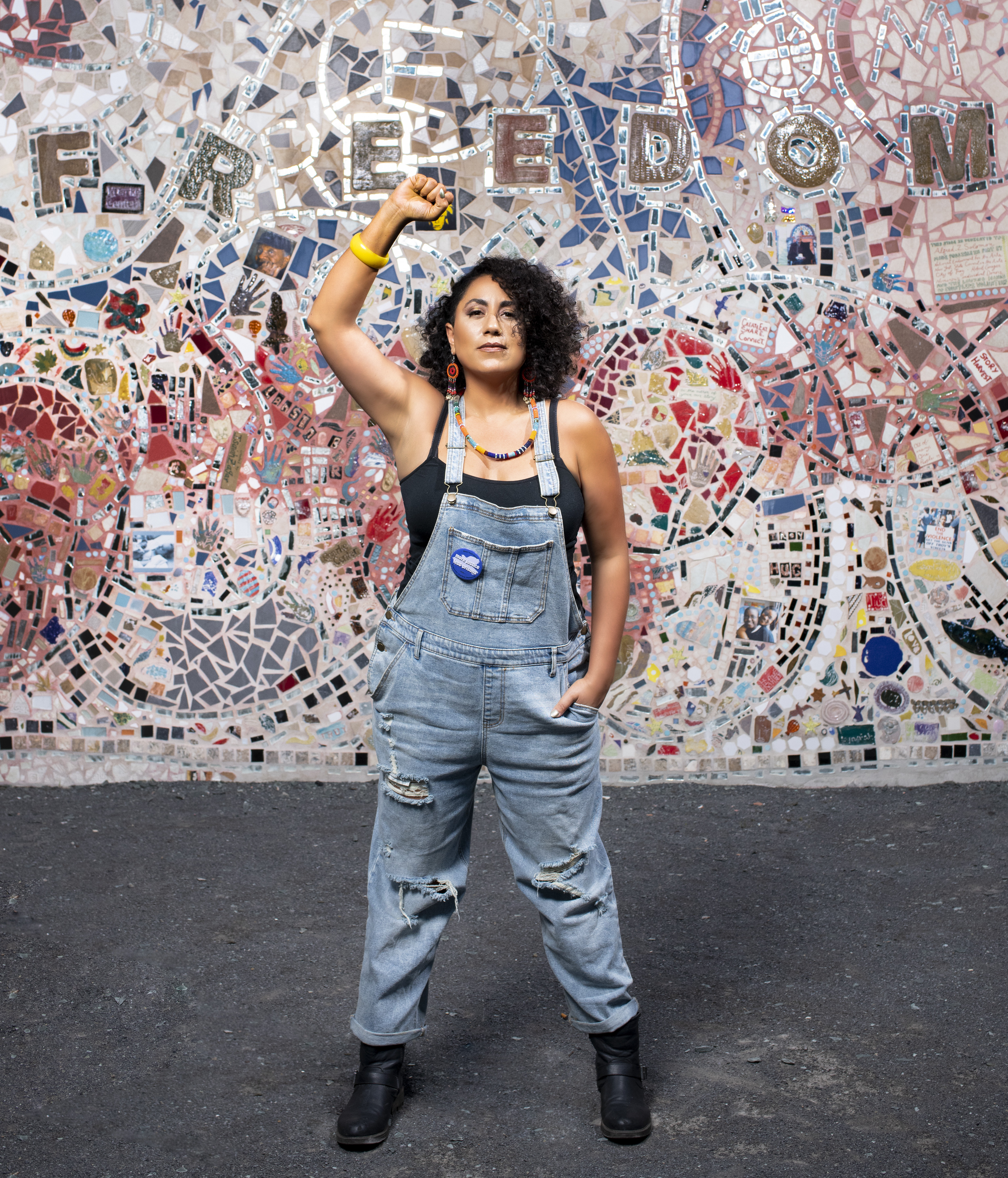 Taína Asili 5:15-6:30PM
Taína Asili is a New York based Puerto Rican singer, songwriter, bandleader and activist carrying on the tradition of her ancestors, fusing past and present struggles into one soulful and defiant voice. Her newest artistic work is an energetic fusion of powerful vocals laid over Afro-Latin, reggae, and rock sounds. Residing in Albany, NY, Taína Asili performs her social justice songs as a solo artist, and also with her dynamic eight-piece band, bringing love, resistance, and ancestral remembrance to venues, festivals, conferences and political events across the globe. 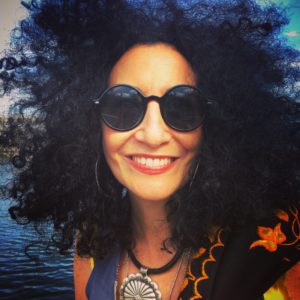 Eljuri 6:45-8PM
Born in Guayaquil Ecuador and raised in New York City, Cecilia Villar Eljuri is a compulsive genre-fuser writing songs that mirror the experiences of her life. Touted as one of the top Latina guitar players in the world, she blends the sounds and rhythms she heard from her mother’s piano, her father’s vinyl records, her siblings’ CDs and from the clubs she frequented on Manhattan’s lower east side. 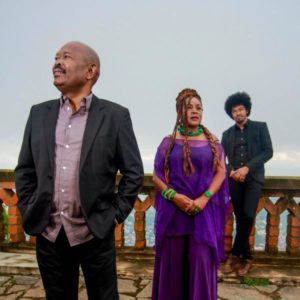 Katani 6:45-8PM
Katani is an anti-misogyny, pro-black, community uplifting raptivist duo comprised of Amani O+ and Kat SoPoetic. They are a rap duo repping upstate NY who was able to turn the frequently immobilizing pain of misogynoir into the fuel necessary to examine, expose and dismantle these systems as counter-intuitive and harmful to us all. Katani’s ultimate aim is to educate uplift and unite people with a specific focus on folks who patriarchy, racism and oppression make invisible.