Last night I had the honor of attending the preview flim screening of “Yes Men are Revolting!”. The event started with a dinner for attendees prepared by Mike Bonanno and volunteers. Mike and his volunteers served people while wearing red, white, and orange jump suits. Each suit represented a different role. 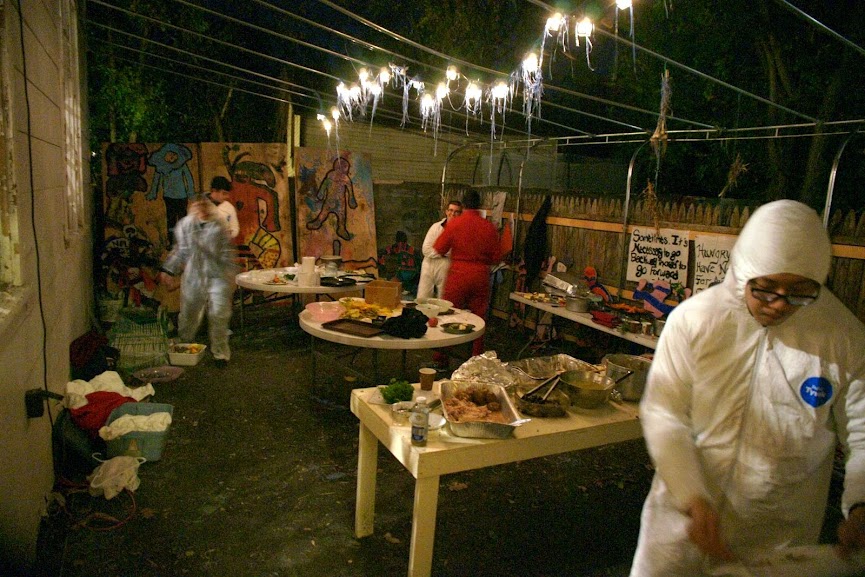 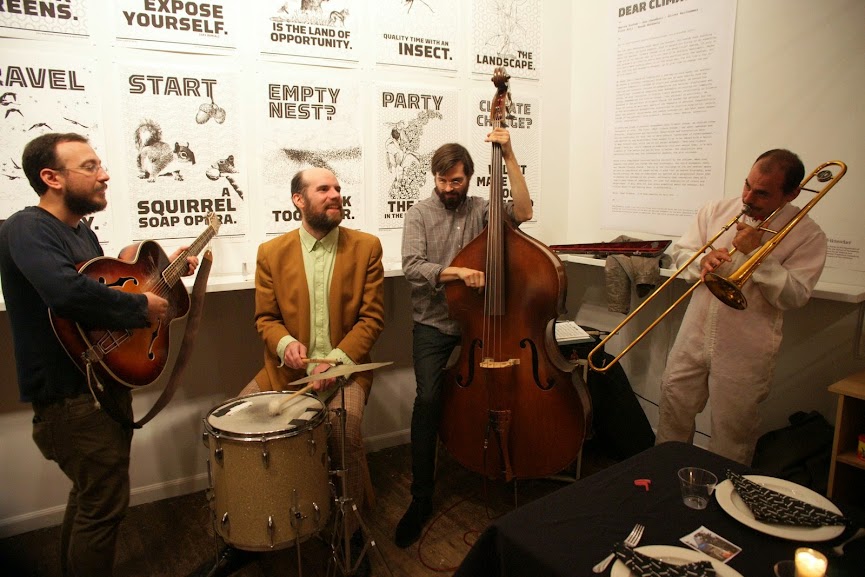 Dinner at the Sanctuary 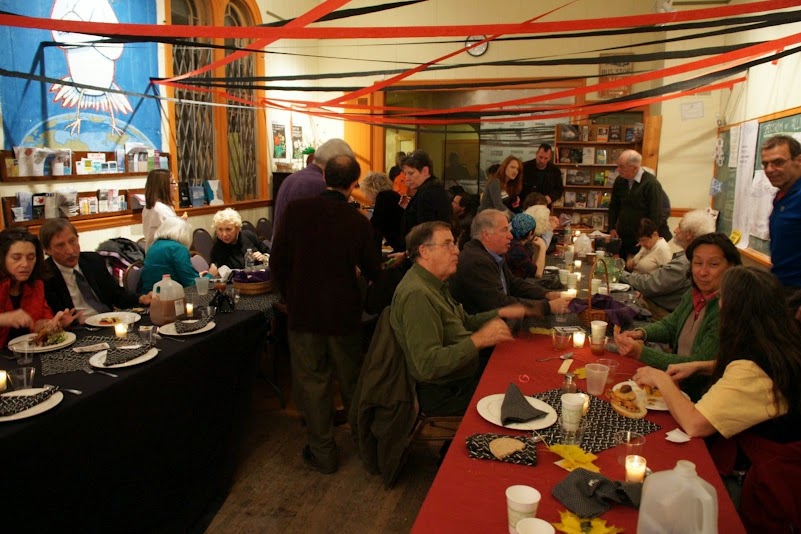 The film was presented after dinner. Turnout for the event was great. All the sets were filled. People had to stand in the back. Finally the movie played. The movie was fascinating and hilarious. The flim captured the importance of current environmental issues in a humorous and way. 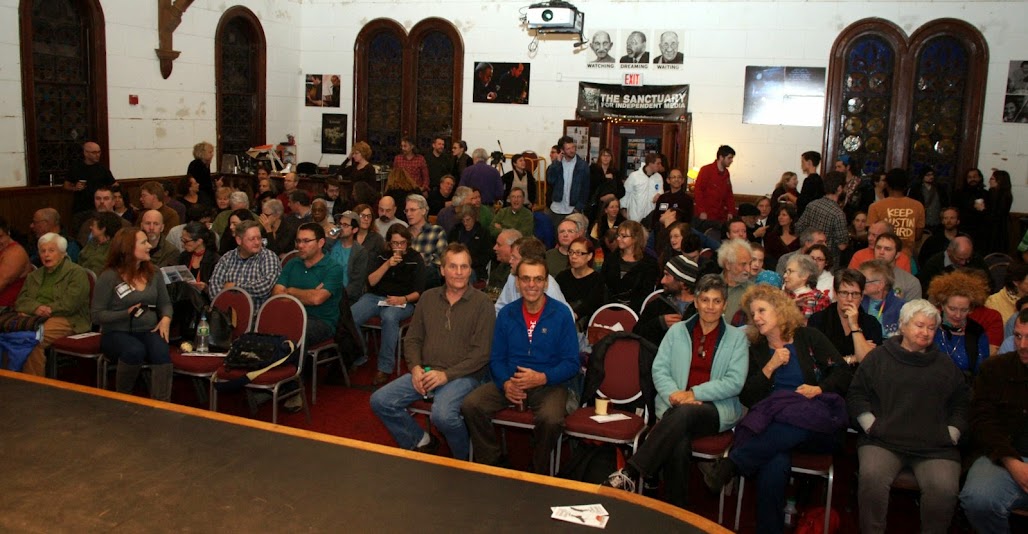 Mike Bonnao spoke to the audience and gave special thanks people and organizations including the Sanctuary for Independent Media. 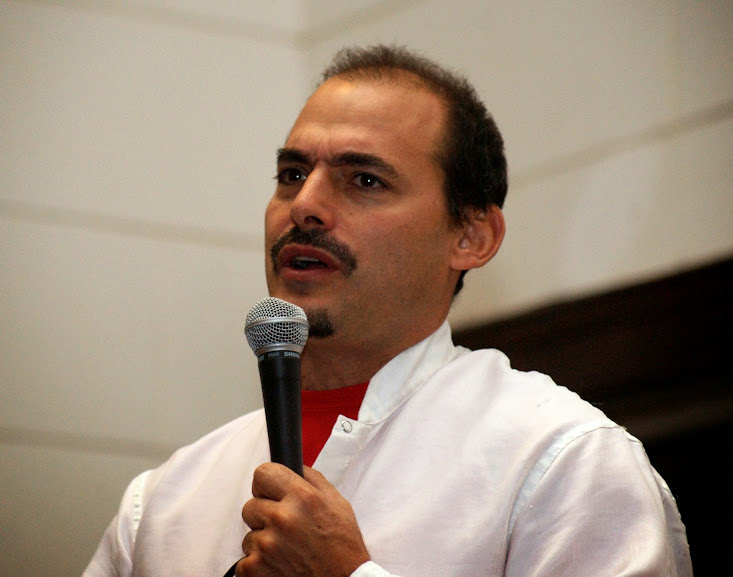 There was a question period. 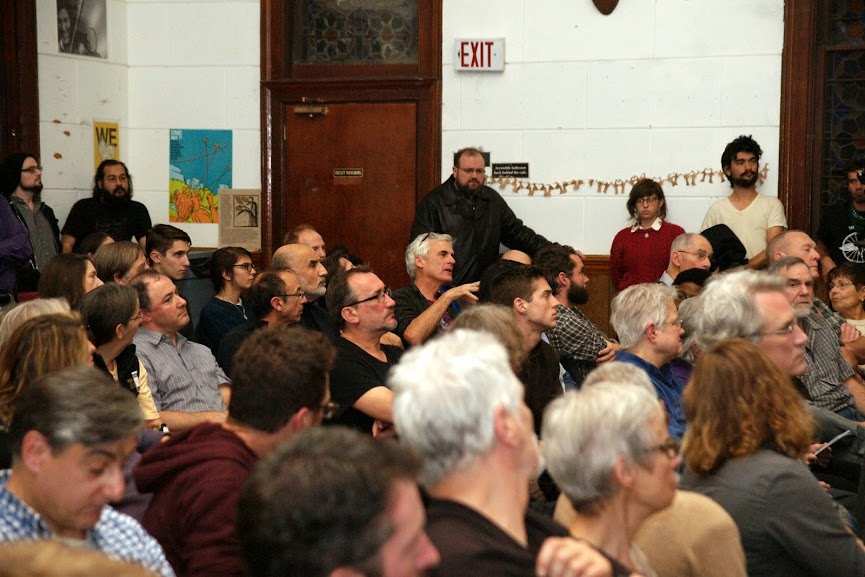 People also had the opportunity to go and talk to Mike. 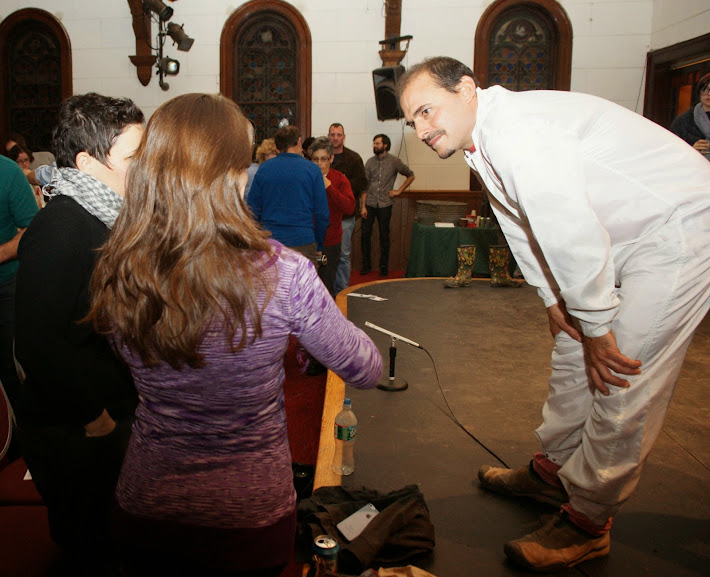